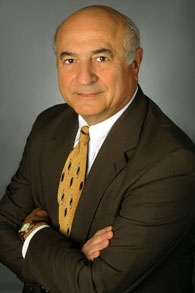 Richard Muti has more than 100 publishing credits, mostly having to do with public policy, law, politics and government. He spent 19 years as a successful trial prosecutor and has also taught writing, American government and politics, criminal justice, and history at three New Jersey universities. He is a graduate of the U.S. Naval Academy, Harvard Business School, and Rutgers Law School, as well as a former Navy pilot and former mayor of Ramsey, New Jersey, his hometown. Muti also served for six years on the Ramsey Board of Education as a trustee for the public school system in which he, his father, and dozens of other family members were educated.

I stock up at the Ramsey Library's semi-annual book sale with mostly non-fiction works that I haven't got to before. Three such books I've enjoyed in the last month are Robert Klein's The Amorous Busboy of Decatur Avenue, H.W. Brands' The First American: The Life and Times of Benjamin Franklin, and Charles Kuralt's A Life on the Road. Before that, I was in awe of Hilary Mantel's writing in Wolf Hall and Bring Up the Bodies. Right now, I'm in the middle of a Daniel Silva spy thriller. As you can see, there is no accounting for my reading tastes.

I go to my office and sit down at my computer. The act of writing is what inspires me.

I am now three-quarters of a century old, but I feel as good as I did at a half-century.

I have a quiet office in my Ramsey home, filled with stuff I like: family photos; portraits of Winston Churchill and Harry Truman; an antique oak table, similar to the one we see on the Charlie Rose show; a treadmill I use every afternoon for at least a one-mile walk at a brisk pace; and, not least, four jam-packed book cases (I enjoy re-reading books I may have read 10 or even 20 years ago and get something new out of them with each return visit).

You mean besides our current crop of presidential candidates? The earlier episodes of Frasier, the Kelsey Grammar sitcom, and any episode of The Honeymooners can set me off.

I became a Navy pilot because of a problem with seasickness, but I love seafaring tales and have read through Patrick O'Brian's Aubrey/Maturin 20-volume series three times, so I guess Capt. Jack Aubrey of the British Navy and ship's surgeon Dr. Stephen Maturin qualify as my co-favorites.

Most of 2016 will be spent promoting my sixth book – Cent'Anni: The Sinatra Legend at 100 – with more than 50 book-signings in five states likely, mostly arranged by me. But I am beginning to think about my next writing project, which may very well be another true crime book similar to my successful 2012 work, The Charmer, co-authored with Charles Buckley.

"Their book is terrifying not only because of the nature of the crimes chronicled-including the rape and murder of two young women only days apart-but also because these victims might have lived. The authors recount how bystanders came very close to seeing or hearing Reldan in the act. ."
—Library Journal