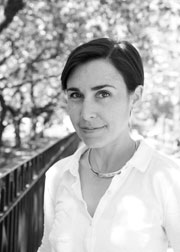 Born and raised in New York City, Janice P. Nimura graduated from Yale and received a master’s degree in East Asian studies from Columbia. During a three-year sojourn in Tokyo, she worked as an editor and journalist, studied Japanese, and became comfortable in her new role as the foreign daughter-in-law of a Japanese family. She is a book critic and essayist, contributing to publications including the New York Times, Washington Post, Los Angeles Times, Chicago Tribune, and Newsday. She lives in Manhattan with her husband and two children.

On Daughters of the Samurai:

"Through the sensitive weaving of correspondence and archival papers, Nimura produces a story of real-life heroines in this masterful biography….a testimonial to their collective strength and determination." —Publishers Weekly

"Nimura brings the girls and their late nineteenth-century exploits to life in a narrative that feels like an international variation on Louisa May Alcott’s Little Women, so very appealing and delightful are their historic stories." —Booklist, ***Starred Review***