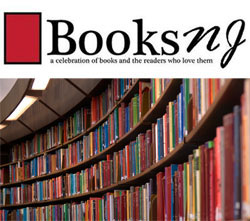 Here is just a sampling of books from some of our BooksNJ2015 authors. From award winning children's picture books to compelling Young Adult novels and from mystery to music to memoir, there's something for everyone at BooksNJ2015: a celebration of books and the readers who love them.

Please join us on Sunday June 14 on the grounds of the Paramus Public Library - rain or shine - we have tents!