A native of Bergenfield, NJ and historical novelist 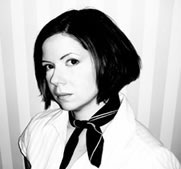 A native of Bergenfield, New Jersey, Donna attended Saddle River Day School and graduated from Yale with a degree in Classics and Art History and then moved to Boston. For many years she managed architecture and interpretation at the Peabody Essex Museum in Salem, and wrote and directed the Witch City’s most popular Halloween theater festival, Eerie Events. She earned an MFA in film production from the USC School of Cinematic Arts, where she produced several award winning films. Donna has been a sorority housemother, a Disney/ABC Television Writing Fellow, a WGA Writer’s Access Project Honoree, and a staff writer on the ABC primetime drama, Cupid. Her screenwriting credits include episodes of the animated series, Tron: Uprising. Her short fiction has appeared in Alfred Hitchcock’s Mystery Magazine and Albedo One. The director of several award-winning short films, her most recent project, The Night Caller, aired on WNET Channel 13 and was featured on Ain’t It Cool News. She is married with one cat and divides her time between Los Angeles and Salem.  Currently she is a writer on the WGN drama SALEM.

She is a BCCLS native with very fond words about our libraries:

“The Bergen County Libraries were hugely important to me growing up--I would never have gone to Yale or USC or become an author without them. My mom and I used to go to Bergenfield, Teaneck, Paramus and Tenafly all the time and at 80, she still goes to Bergenfield once a week. They're an amazing resource.”

What are you reading?  What’s on your nightstand?

The Other Daughter, by Lauren Willig.

I live on Boston’s North Shore in the Mcintire District in Salem, and I write fiction set in 18th century America, so I can get inspired by walking around the block, but what I love to do is go for long ambles through town, down to Derby Wharf or out to the Willows. On weekends I explore further flung historic houses in the area.

What’s something that surprised you recently (in a good way)?

George MacDonald Fraser, who wrote the brilliant Flashman novels, has a new book out. This is surprising because he is dead. The book is called Captain in Calico, and unlike his later, satirical work, it’s a straightforward swashbuckler in the vein of Sabatini. His children found the manuscript—his first, unsold novel, and decided to publish it. The book doesn’t have the brilliance of Flashman or Fraser’s amazing WWII Burma Campaign memoir, Quartered Safe Out Here, but it’s a love letter to books like Captain Blood and Black Bartelmy’s Treasure and window on the writer’s development as a storyteller.

My writing room is on the second floor of our 18th century house and it overlooks the Broad Street Cemetery in Salem.

My cats. They’re siblings and best friends and occasionally mortal enemies. You can say that about some of my characters too…

I just finished writing a book called THE DUTCH GIRL for Penguin NAL which is set on a patroon estate in the Hudson River Valley during the American Revolution and I’m about to start writing for the 3rd season of the cable drama SALEM on WGN.

"…Thorland’s first novel is a surprising and engrossing tale. Immersing the reader in 1777 Philadelphia, sweeping from decadent high-society balls to the filth of battlefield infirmaries.  Thorland exhibits real passion for the time period.  Fans of Philippa Gregory and Loretta Chase will find THE TURNCOAT a thrilling read."
—Booklist