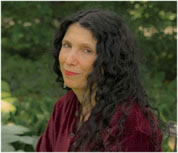 Caroline Leavitt is the author of Girls In Trouble, Coming Back To Me, Living Other Lives, Into Thin Air, Family, Jealousies, Lifelines and Meeting Rozzy Halfway. Various titles were optioned for film, translated into different languages, and condensed in magazines. Her ninth novel, Pictures of You, went into three printings months before publication and is now in its fourth printing. A New York Times bestseller, it was also a Costco "Pennie's Pick," A San Francisco Chronicle Editor's Choice "Lit Pick," and was one of the top 20 books published so far in 2011, as named by BookPage. Pictures of You was also on the Best Books of 2011 lists from The San Francisco Chronicle, The Providence Journal, Bookmarks Magazine and Kirkus Reviews. Her new novel, Is This Tomorrow, will be published May 2013 by Algonquin Books. Her 11th novel, Cruel Beautiful World, will be published sometime in 2014-1015 by Algonquin Books.

She won First Prize in Redbook Magazine's Young Writers Contest for her short story, "Meeting Rozzy Halfway," which grew into the novel. The recipient of a 1990 New York Foundation of the Arts Award for Fiction for Into Thin Air, she was also a National Magazine Award nominee for personal essay, and she was awarded a 2005 honorable mention, Goldenberg Prize for Fiction from the Bellevue Literary Review, for "Breathe," a portion of Pictures of You. As a Screenwriter, Caroline was a 2003 Nickelodeon Screenwriting Fellow Finalist, and is a recent first-round finalist in the Sundance Screenwriting Lab competition for her script of Is This Tomorrow.

Caroline has been a judge in both the Writers' Voice Fiction Awards in New York City and the Midatlantic Arts Grants in Fiction. She teaches novel writing online at both Stanford University and UCLA, as well as working with writers privately.

Caroline has appeared on The Today Show, Diane Rehm, German and Canadian TV, and more, and she has been featured on The View From The Bay.

I usually take a really long walk by the river, but my memories--what is haunting me (and there is usually a whole lot!) keeps me writing.

I cried when our son went off to college and thought I would be sad forever, though I'd never show it, of course-But -it's changed him in wonderful ways. I thought we would be weeping, but my husband and I are having a blast and we get to see him every few weeks, too--and seeing how happy he is, makes us thrilled!

My husband (he's a writer, too) and I have the whole third floor of an 1865 house devoted to our offices. It's a short commute!

I just finished edits on Cruel Beautiful World, which will be coming out from Algonquin in October 2016 and because I am obsessive, I started a new novel, with no title, and I am researching TB, women's prisons, and sewing!

On Is This Tomorrow:

"…this tale of domestic suspense builds to a shocking climax and will appeal to anyone immersed in suburban lore."
—Library Journal

"Leavitt has a way of crafting the loveliest novels out of tragedy. Like its predecessor, Pictures of You (2011), her latest work, set mainly in the 1950s, turns on a single fateful incident: the disappearance of 12-year-old Jimmy Rearson. Though Leavitt eventually reveals what happened to Jimmy, in a closure that provides little in the way of solace, it’s her examination of loss, grief, and disappointment that will engross reader." —Booklist