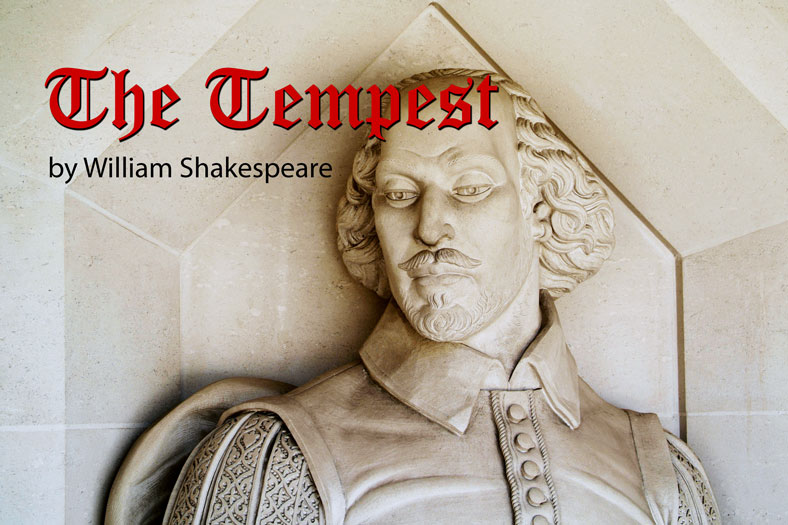 The Tempest by William Shakespeare

Shakespeare can be a seemingly unapproachable monolith, like the huge “Collected Works” gathering dust on library shelves. But choose one play, make it your own, and it’s quite a different thing.

The Tempest, the last play written by Shakespeare alone, is a good beginning. A tempest, a shipwreck, and groups of lost people wandering around a magical island ruled by the magician Prospero- these elements are not as remote from us as they might at  first seem, given the past three years, as we each emerge from our own liminal time and space of the pandemic.

In one voyage did Claribel her husband find at Tunis,
and Ferdinand, her brother, found a wife
Where he himself was lost, Prospero his dukedom
In a poor isle, and all of us ourselves
When no man was his own [V.i.208-213]

Shakespeare's plays were meant to be performed, not read. The text of "The Tempest" is like a musical score, brought to life and made new by each performance. BCCLS has a wide range of interpretations available on DVD, and even more for those libraries offering Kanopy, most notably Shakespeare Behind Bars(2005) directed by Hank Rogerson, and The Tempest with Trevor Nunn (2013) PBS, as well as Great Course offerings. Other films of interest are Prospero's Books (1991) directed by Peter Greenaway- a showcase for John Gielgud who, as Prospero, narrates the film, and Derek Jarman's campy and over-the-top The Tempest (1979) both available on prime, the latter also available on Kanopy.