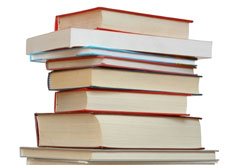 We all know those classics. The ones we had to read for high school. Some of us remember them fondly, some of us not so fondly, but we all remember them. Something about those stories stayed with us and become part of us as individuals and as a society. The language and props may become dated and hard to understand, but the characters, themes, and essence of the story remains true and relatable.

As the authors of our time make their own stories, it is no surprise that they are inspired by their most beloved classics. Skilled authors take the timeless themes and characters of masters like Shakespeare, Bronte, Austen, and twist and spin them into modern retellings or whole new stories inspired by the classic.

As you look through the following list, if you see a book you were forced to read and never could grasp . . . check out one of the contemporary novels it inspired. Maybe it will give you new insight into the classic. And if you find a contemporary book you find interesting, check out the classic version.

Classic: The Once and Future King by T.H. White

Classic: To Kill a Mockingbird by Harper Lee

Classic: The Wizard of Oz by L. Frank Baum