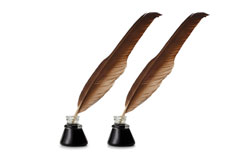 February is the month of love.  The following is a list of literary couples: writers who fell in love with other writers.  It's an eclectic mix of fiction, non-fiction, and poetry.  Take a look and find a great read to curl up with on a cold February evening.