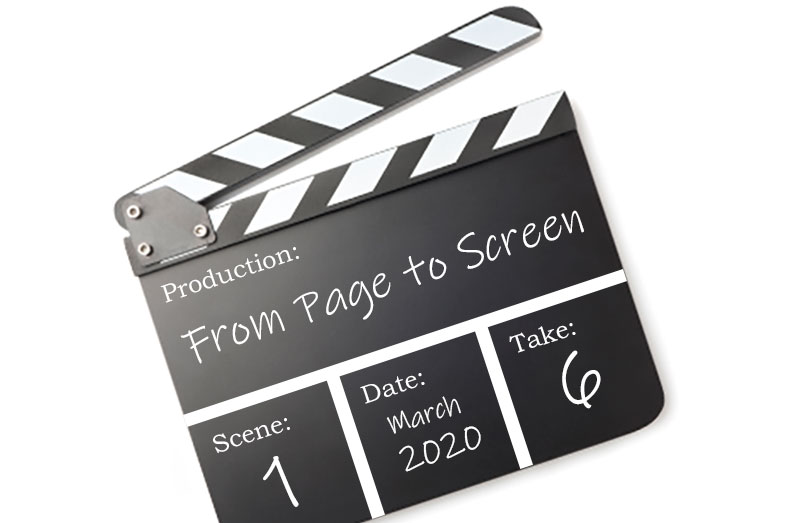 From Page to Screen 6

Books that made it to the movies! Is the book always better? You decide. If you loved the book, check out how Hollywood brought it to the big screen.

The hunt for a serial killer in the 1800s in New York by Dr. Laszlo Kreizler, using the new science of forensic psychology. As with so many new sciences this one is ridiculed by law enforcement and civic leaders alike.

Area X has claimed the lives of members of eleven expeditions. The twelfth expedition consisting of four women hopes to map the terrain and collect specimens; to record all their observations, scientific and otherwise, of their surroundings and of one another; and, above all, to avoid being contaminated by Area X itself.

Somewhere in South America, at the home of the country's vice president, a lavish birthday party is being held in honor of Mr. Hosokawa, a powerful Japanese businessman. Roxanne Coss, opera's most revered soprano, has mesmerized the international guests with her singing. It is a perfect evening -- until a band of gun-wielding terrorists breaks in through the air-conditioning vents and takes the entire party hostage.

The son of a Baptist pastor and deeply embedded in church life in small town Arkansas, as a young man Garrard Conley was terrified and conflicted about his sexuality. When Garrard was a nineteen-year-old college student, he was outed to his parents, and was forced to make a life-changing decision: either agree to attend a church-supported conversion therapy program that promised to "cure" him of homosexuality; or risk losing family, friends, and the God he had prayed to every day of his life.

On the wild, lonely coast of Western Australia, two thrill seeking and barely adolescent boys fall into the enigmatic thrall of veteran big-wave surfer Sando. Together they form an odd but elite trio. The grown man initiates the boys into a kind of Spartan ethos, a regimen of risk and challenge, where they test themselves in storm swells on remote and shark-infested reefs, pushing each other to the edges of endurance, courage, and sanity. But where is all this heading? Why is their mentor's past such forbidden territory? And what can explain his American wife's peculiar behavior? Venturing beyond all limits--in relationships, in physical challenge, and in sexual behavior--there is a point where oblivion is the only outcome.

The Constant Princess (The Spanish Princess)

Daughter of Queen Isabella and King Ferdinand of Spain, Katherine has been fated her whole life to marry Prince Arthur of England. When they meet and are married, the match becomes as passionate as it is politically expedient.

Envisioning a summer vacation in the humble Singapore home of a boy she hopes to marry, Chinese American Rachel Chu is unexpectedly introduced to a rich and scheming clan that strongly opposes their son's relationship with an American girl.

Sixteen-year-old Ruby breaks out of a government-run 'rehabilitation camp' for teens who acquired dangerous powers after surviving a virus that wiped out most American children.

The story of Neil A. Armstrong, who became the first person to walk on the moon, on July 20, 1969. This biography examines the complex legacy of Armstrong, as an astronaut and as an individual, to form a portrait of a great but reluctant hero who will forever be known as history's most famous space traveler.

The Girl in the Spider's Web

Late one night, journalist Mikael Blomkvist receives a phone call from a source claiming to have information vital to the United States. The source has been in contact with a young female superhacker -- a hacker resembling someone Blomkvist knows all too well. The implications are staggering. Blomkvist, in desperate need of a scoop for Millennium, turns to Salander for help. She, as usual, has her own agenda. The secret they are both chasing is at the center of a tangled web of spies, cybercriminals, and governments around the world, and someone is prepared to kill to protect it.

A young boy in New York City, Theo Decker, miraculously survives an accident that takes the life of his mother. Alone and abandoned by his father, Theo is taken in by a friend's family and struggles to make sense of his new life. In the years that follow, he becomes entranced by one of the few things that reminds him of his mother: a small, mysteriously captivating painting that ultimately draws Theo into the art underworld.

Documents the post-September 11 mission during which a small band of Special Forces soldiers captured the strategic Afghan city of Mazar-e Sharif as part of an effort to defeat the Taliban, in a dramatic account that includes testimonies by Afghanistan citizens whose lives were changed by the war.

The House with a Clock in Its Walls

A boy goes to live with his magician uncle in a mansion that has a clock hidden in the walls which is ticking off the minutes until doomsday.

It began -- and ended -- in 1958 when seven children searched in the drains beneath Derry for an evil creature, but in 1985, Mike, once one of those children, makes six phone calls and disinters an unremembered promise that sets off the ultimate terror.

One postwar summer in his home of rural Warwickshire, Dr. Faraday, the son of a maid who has built a life of quiet respectability as a country physician, is called to a patient at lonely Hundreds Hall.