Killers of the Flower Moon
by David Grann 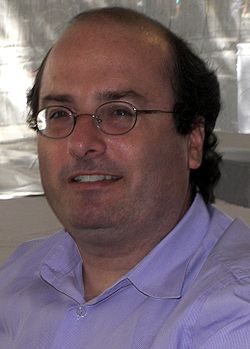 In the 1920s, the richest people per capita in the world were members of the Osage Indian nation in Oklahoma. After oil was discovered beneath their land, they rode in chauffeured automobiles, built mansions, and sent their children to study in Europe.

Then, one by one, the Osage began to be killed off. The family of an Osage woman, Mollie Burkhart, became a prime target. Her relatives were shot and poisoned. And it was just the beginning, as more and more members of the tribe began to die under mysterious circumstances.

In this last remnant of the Wild West—where oilmen like J. P. Getty made their fortunes and where desperadoes like Al Spencer, the “Phantom Terror,” roamed—many of those who dared to investigate the killings were themselves murdered. As the death toll climbed to more than twenty-four, the FBI took up the case. It was one of the organization’s first major homicide investigations and the bureau badly bungled the case. In desperation, the young director, J. Edgar Hoover, turned to a former Texas Ranger named Tom White to unravel the mystery. White put together an undercover team, including one of the only American Indian agents in the bureau. The agents infiltrated the region, struggling to adopt the latest techniques of detection.  Together with the Osage they began to expose one of the most chilling conspiracies in American history.

David Grann is a staff writer at The New Yorker. Grann's first book, The Lost City of Z, was a New York Times bestseller and has been translated into more than twenty-five languages. Shortlisted for the Samuel Johnson Prize, England's most prestigious nonfiction award, The Lost City of Z was chosen as one of the best books of 2009 by countless newspapers and magazines, including the New York Times, Washington Post, Entertainment Weekly, Bloomberg, Publisher's Weekly, and Christian Science Monitor. The book was adapted to film in 2016.

Killers of the Flower Moon, about the murder of the Osage Indians during the 1920s and the birth of the modern F.B.I. under J. Edgar Hoover.

At The New Yorker, Grann has written about everything from the mysterious death of the world's greatest Sherlock Holmes expert to the hunt for the giant squid, from the perilous maze of water tunnels under New York to a Polish writer who may have left clues to a real murder in his postmodern novel. Grann is also author of a 2010 collection of stories, The Devil and Sherlock Holmes: Tales of Murder, Madness, and Obsession.

Grann’s stories have also appeared in The Best American Crime Writing (2004, 2005, and 2009), The Best American Sports Writing (2003 and 2006) and The Best American Nonrequired Reading (2009). As a finalist for the Michael Kelly award for the “fearless pursuit and expression of truth,” Grann has also written for the New York Times Magazine, The Atlantic, Washington Post, Boston Globe, Wall Street Journal, Weekly Standard, and New Republic.

Before joining The New Yorker in 2003, Grann was a senior editor at The New Republic, and, from 1995 until 1996, the executive editor of the newspaper The Hill. He holds master’s degrees in international relations from the Fletcher School of Law & Diplomacy as well as in creative writing from Boston University. After graduating from Connecticut College in 1989, he received a Thomas Watson Fellowship and did research in Mexico, where he began his career in journalism. He currently lives in New York with his wife and two children. (From the author's website.)