Wish You Well
by David Baldacci 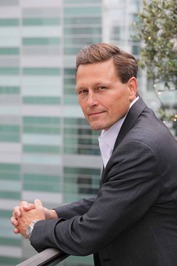 This compelling and touching tale of the human spirit, set in the southwest Virginia mountains, reveals the power of family, endurance, and triumph.

Southwest Virginia, 1940. Wish You Well is the story of Louisa Mae Cardinal, a precocious twelve-year-old girl living in the hectic New York City of1940 with her acclaimed but sadly underpaid writer father, her compassionate mother, and her timid young brother, Oz. For Lou, her family's financial struggles are invisible to her. Instead, she is a daughter who idolizes her father and is in love with the art of storytelling. Then, in a single, terrifying moment, Lou's life is changed forever, and she and Oz are on a train rolling away from New York and down into the mountains of Virginia. There, Lou's mother will begin a long, slow struggle between life and death. And there, Lou and Oz will be raised by their remarkable great-grandmother Louisa, Lou's namesake.

Suddenly, a girl finds herself coming of age in a landscape that could not be more foreign to her. On her great-grandmother's farm, on the land her father loved and wrote about, Lou finds her first true friend, learns lessons in loyalty, tragedy, and redemption; and experiences adventures tragic, comic, and audacious. When a dark, destructive force encroaches on their new home, Lou and her brother are caught up in another struggle-a struggle for justice and survival that will be played out in a crowded Virginia courtroom.

I was born in Richmond, Virginia, in 1960. I received a Bachelor of Arts in political science from Virginia Commonwealth University and a Juris Doctor from the University of Virginia. I practiced law for nine years in Washington, D.C., as both a trial and a corporate lawyer.

I am married, have two wonderful children, and remain in my home state, Virginia.

I have published five novels--Absolute Power, Total Control, The Winner, The Simple Truth, and Saving Faith--and a sixth, Wish You Well, to be released October 24, 2000. I have also published one novella for the Dutch entitled Office Hours, written for Holland's Year 2000 "Month of the Thriller." I was the featured writer for this year's celebration.

I have also authored five original screenplays, the most current of which has nothing to do with murder or mayhem. It is a family drama set in the South during 1940, and it is the inspiration for my newest novel, Wish You Well.

To my remarkable delight, my works have been translated into over thirty languages and sold in more than seventy countries. All of my books have been national and international bestsellers. I am published under my own name, David Baldacci, in all countries except in the country of my ancestors, Italy, where I am compelled to publish under a pseudonym. The reason for this requirement remains unclear to me.

Over 18 million copies of my books are in print worldwide.

Total Control was sold to Columbia TriStar for a four-hour mini-series to be aired on CBS. The paperback version of Total Control was a bestselling favorite for the traveling public for over one year, even though it opens with a plane crash.

The Winner's sales topped those of my first two novels, no doubt aided by revealing in the novel how to fix the lottery and win a hundred million dollars! The Winner received a starred review in Publishers Weekly.

The Simple Truth was the first of my novels in which part of the plot was based upon an actual event. President Clinton selected The Simple Truth as his favorite novel of 1999.

Saving Faith is a novel about how Washington, D.C. really doesn't work, and why so many people are just fine with that. During my research for the novel, I spent so much time with politicians that I briefly contemplated running for office, until my wife sensibly put a stop to that nonsense. Saving Faith reached number one on the Publishers Weekly national bestseller list.

My books have been publicly discussed and/or read by everyone from Howard Stern and Don Imus to Newt Gingrich and Rush Limbaugh, from George Bush and Bill Clinton to Charlie Rose and Larry King--which goes to show that many types of people know how to read!

I am currently working with producers Lee Rich, Karen Spiegel, and Paramount Television on a television mystery series that I created, and that is being developed in conjunction with a television series created by two other novelists.

I have made many television and radio appearances including The Today Show, CNN, CNNfn, CSPAN, MSNBC, Late Show with Tom Snyder, Fox News, Court TV, BBC, and NPR, and I have been featured in national and international publications.