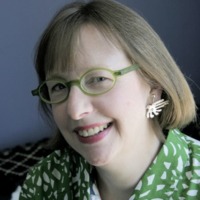 The three related tales that make up Three Junes begin with "Collies," the story of Scottish newspaper magnate Paul McLeod. Paul's wife Maureen has recently died of lung cancer, and Paul has signed up for a package tour of the Greek isles. The trip is his attempt at doing something new now that Maureen is gone, but Paul spends much of his time remembering the life that the two of them shared, a life lived in a country home where Maureen bred collies. Paul traces the history of their marriage, from their first encounter in a bar to the births of their three sons Fenno, Dennis, and David. But even as he remembers Maureen, Paul finds himself drawn to a young American woman named Fern, who is also touring the Greek isles. Fern, a young painter from New York, is also courted by the tour leader, a young man against whom Paul has little chance of success. Even as his minor Greek heartbreak plays out against white beaches and blue skies, Paul finds a freedom in the wide open spaces and decides to make his home in Greece no matter what his friends or children will say.

"Upright," the second section of the book and by far the longest, describes Paul's funeral some years later. Fenno, Paul's oldest son, narrates the section, much of which details the complex relationships between the brothers. Fenno, who has lived in New York for many years, returns to Scotland for the funeral and finds that he was the only son not to visit his father in Greece. Always feeling the exile, even in his own family, Fenno struggles to find his place. He is still dealing with the death of his own best friend, an acerbic music critic named Malachy Burns, who has recently succumbed to AIDS. Fenno alternates descriptions of the funeral preparations with memories of his New York life from the day he met Malachy to the day he found him dead in his apartment. Like Paul in the first section of the novel, Fenno here struggles with his own heartbreak and with his future plans, but unlike Paul, he faces the additional struggle of dealing with his identity as a gay man. Terrified of AIDS, Fenno has vowed to keep himself "upright" -- literally -- as a way of remaining healthy. So long as he avoids sexual contact, he will live. But, as Fenno realizes when he reflects on his life, the price of remaining upright has been the loss of love and relationships. When David's wife approaches Fenno about being a potential sperm donor, he agrees -- and realizes the importance of engaging with life. He has been holding himself back for too long.

In the final section, "Boys," Fern stays in a Long Island house with a gay friend of hers -- Tony, a friend who also knows Fenno and was once his lover. Tony was also Fern's lover once, long ago in Paris, but they have forged a friendship that survived their breakup. Like the other two main characters in Three Junes, Fern has suffered a recent loss. Her husband Jonah died in an accident that would be ridiculous if it had not been so tragic, and now, two years later, she is pregnant by Stavros, her new boyfriend. Fern's past history and love life is revealed in flashbacks as she and Tony are visited on Long Island by Fenno. Fern is struggling to decide about Stavros: Should she tell him that she is pregnant? Should they marry? She and Fenno bond quickly and he offers her his bit of wisdom: never turn your back on love. When she returns to the city with Fenno, Fern feels a rising swell of hope and she looks forward to the future and to the life growing within her.