The Secret Life of Bees
by Sue Monk Kidd 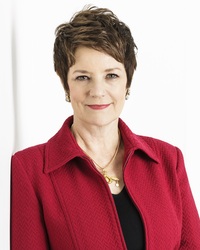 Set in the American South in 1964, the year of the Civil Rights Act and intensifying racial unrest, Sue Monk Kidd's The Secret Life of Bees is a powerful story of coming-of-age, of the ability of love to transform our lives, and the often unacknowledged longing for the universal feminine divine. Addressing the wounds of loss, betrayal, and the scarcity of love, Kidd demonstrates the power of women coming together to heal those wounds, to mother each other and themselves, and to create a sanctuary of true family and home.

Isolated on a South Carolina peach farm with a neglectful and harsh father, fourteen-year-old Lily Owens has spent much of her life longing for her mother, Deborah, who died amid mysterious circumstances when Lily was four years old. To make matters worse, her father, T. Ray, tells Lily that she accidentally killed her mother.

Lily is raised by Rosaleen, her proud and outspoken African-American nanny. When Rosaleen attempts to exercise her newly won right to vote, she is attacked by the three worst racists in town and is thrown into jail. Lily is determined to save Rosaleen and finally escape her own father as well. Seizing the moment, she springs Rosaleen from jail, and the two set out across South Carolina in search of a new life.

Their destination is Tiburon, South Carolina—a town they know nothing about except that in a box of Lily's mother's belongings there is a cryptic picture of a black Virgin Mary with the words "Tiburon, South Carolina" written on the back. There they are taken in by three black beekeeping sisters who worship the Black Madonna. It is here, surrounded by the strength of the Madonna, the hum of bees, and a circle of wise and colorful women, that Lily makes her passage to wholeness and a new life.

Captured by the voice of this Southern adolescent, one becomes enveloped in the hot South Carolina summer and one of most tumultuous times the country has ever seen. A story of mothers lost and found, love, conviction, and forgiveness, The Secret Life of Bees boldly explores life's wounds and reveals the deeper meaning of home and the redemptive simplicity of "choosing what matters."

In the end, though she cannot find the mother she lost, Lily discovers and comes to terms with her mother's past, finds a hive of new mothers, and falls in love with the great universal mother.

Sue Monk Kidd is the author of two widely acclaimed nonfiction books, The Dance of the Dissident Daughter and When the Heart Waits. She has won a Poets and Writers Award for the story that began this novel, as well as a Katherine Anne Porter Award. Two of her short stories, including an excerpt from The Secret Life of Bees, were selected as notable stories in Best American Short Stories. The Secret Life of Bees, her first novel, was nominated for the prestigious Orange Prize in England.