The Piano Tuner
by Daniel Mason 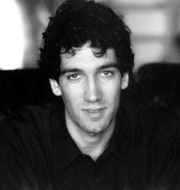 When Edgar Drake is summoned to the British War Office and asked to tune an eccentric major’s 1840 Erard grand piano in the jungles of Burma, he is both confused and intrigued. The year is 1886, and the British Empire is attempting to tighten its control of its colonies in the Far East, to fend off French rivals in the Mekong Delta, and to quell the resistance of a confederacy of local Shan tribes in northern Burma. Surgeon-Major Anthony Carroll has established an important foothold in Mae Lwin, employing unconventional methods—reciting poetry and playing music—to negotiate treaties with Burmese opponents of British rule. He has demanded that a grand piano be hauled through the jungle and now requires a tuner to be sent to him as well. Such eccentric behavior causes the major to be regarded by some as a genius and by others as a suspicious renegade, but, as Edgar soon realizes, his actions may conceal even stranger truths. As Edgar embarks on his first trip abroad, the beauty and mystery of Burma, its entrancing landscape, its customs and music, and an exotic woman named Khin Myo cast a spell that he cannot resist. After his task is completed, Edgar decides to stay on with Anthony Carroll—a choice that will change his life as he becomes entangled in a series of events and emotions that spin dangerously out of control.

Written in a prose capable of both historical precision and mystical lushness, The Piano Tuner explores British colonialism at a moment of crisis and the ill fortune of a man who confuses “the cause of music” with the cause of empire.

Daniel Mason received his bachelor's degree in biology from Harvard in 1998 and spent a year studying malaria on the Thai-Myanmar border, where much of The Piano Tuner was written. He is currently a medical student at the University of California, San Francisco.