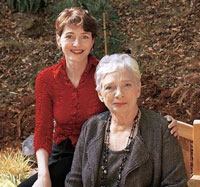 “I wonder how the book got to Guernsey? Perhaps there is some sort of secret homing instinct in books that brings them to their perfect readers.” January 1946: London is emerging from the shadow of the Second World War, and writer Juliet Ashton is looking for her next book subject. Who could imagine that she would find it in a letter from a man she’s never met, a native of the island of Guernsey, who has come across her name written inside a book by Charles Lamb….

As Juliet and her new correspondent exchange letters, Juliet is drawn into the world of this man and his friends—and what a wonderfully eccentric world it is. The Guernsey Literary and Potato Peel Pie Society—born as a spur-of-the-moment alibi when its members were discovered breaking curfew by the Germans occupying their island—boasts a charming, funny, deeply human cast of characters, from pig farmers to phrenologists, literature lovers all.

Juliet begins a remarkable correspondence with the society’s members, learning about their island, their taste in books, and the impact the recent German occupation has had on their lives. Captivated by their stories, she sets sail for Guernsey, and what she finds will change her forever.

Written with warmth and humor as a series of letters, this novel is a celebration of the written word in all its guises, and of finding connection in the most surprising ways.

In 1976, inspired by a newfound fascination with Guernsey, Mary Ann Shaffer traveled to the island in the English Channel, only to be stranded there due to inclement weather. Waiting for a thick fog to lift so she could return to London, Shaffer read all the books in the Guernsey airport bookstore. Jersey Under the Jack-Boot sparked a particular interest in the German occupation of the Channel Islands.

Years later, prompted by her book club to write a novel of her own, Shaffer turned to this subject in creating the vivid world of The Guernsey Literary and Potato Peel Pie Society. Told entirely through a series of letters -- because, Shaffer confessed, "for some bizarre reason, I thought it would be easier" -- the novel skillfully renders the characters and concerns of Juliet, Sidney, and the other residents of Guernsey who have just emerged from the horrors and hardships of the Second World War.

Mary Ann Shaffer made a career working with books—as an editor, librarian, and bookseller—before her death in February 2008. She died knowing that her novel was scheduled for publication and in the good hands of her niece and coauthor, Annie Barrows.

A voracious reader (but an admittedly poor speller!), one of Annie Barrows' first jobs, while she was still in school, was re-shelving books in one of her favorite haunts, the public library. After college graduation, she went to work for a publisher, editing books in many different fields.

Bitten by the writing bug, wrote several books on such diverse topics as fortune telling, urban legends, and opera before branching into children's literature. In June of 2006, she released Ivy and Bean, the first award-winning book in a series about two young girls who become best friends in spite of their differences. In 2007, she published The Magic Half, a standalone children's fantasy about the middle child (between two sets of twins) who travels back in time and befriends a young girl in need of her help.

In addition, Barrows and her aunt, the late Mary Ann Shaffer, collaborated on a post-WWII epistolary novel entitled The Guernsey Literary and Potato Peel Pie Society. Conceived by Shaffer, the novel was accepted for publication shortly before Shaffer fell ill. Barrows stepped in to complete the project, and the book was published in 2008 to positive reviews.