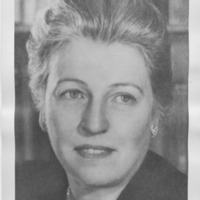 Wang Lung, rising from humble Chinese farmer to wealthy landowner, gloried in the soil he worked. He held it above his family, even above his gods. But soon, between Wang Lung and the kindly soil that sustained him, came flood and drought, pestilence and revolution.

This great modern classic depicts life in China at a time before the vast political and social upheavals transformed an essentially agrarian country into a world power. Through this one Chinese peasant and his children, Nobel Prize-winner Pearl S. Buck traces the whole cycle of life, its terrors, its passion, its persistent ambitions and its rewards. Her brilliant novel—beloved by millions of readers throughout the world—is a universal tale of the destiny of men. (From the publisher.)

Pearl Buck (1892-1973) was born in Hillsboro, West Virginia. She grew up in China, where her parents were missionaries, but was educated at Randolph-Macon Woman's College. After her graduation she returned to China and lived there until 1934 with the exception of a year spent at Cornell University, where she took an M.A. in 1926. Pearl Buck began to write in the twenties; her first novel, East Wind, West Wind, appeared in 1930. It was followed by The Good Earth (1931), Sons (1932), and A House Divided (1935), together forming a trilogy on the saga of the family of Wang. The Good Earth stood on the American list of «best sellers» for a long time and earned her several awards, among them the Pulitzer Prize and the William Dean Howells Medal. She also published The First Wife and Other Stories (1933), All Men are Brothers (a translation of the Chinese novel Shui Hu Chuan) (1933), The Mother (1934), and This Proud Heart (1938). The biographies of her mother and father, The Exile and Fighting Angel, were published in 1936 and later brought out together under the title of The Spirit and the Flesh (1944). The Time Is Now, a fictionalized account of the author's emotional experiences, although written much earlier, did not appear in print until 1967.

Pearl Buck's works after 1938 are too many to mention. Her novels have continued to deal with the confrontation of East and West, her interest spreading to such countries as India and Korea. Her novelist's interest in the interplay of East and West has also led to some activity in political journalism.

Pearl Buck has been active in many welfare organizations; in particular she set up an agency for the adoption of Asian-American children (Welcome House, Inc.) and has taken an active interest in retarded children (The Child Who Never Grew, 1950).