The Dive from Clausen's Pier
by Ann Packer 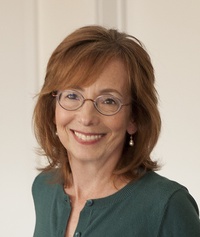 Carrie Bell and Mike Mayer have been a couple forever; dating at fourteen and engaged after graduating from the University of Wisconsin, Madison, they have settled into a comfortable relationship. However, Carrie is beginning to struggle with feelings of doubt about their future. In the midst of her doubts, tragedy befalls Mike. At Carrie’s and Mike’s traditional Memorial Day picnic with friends, Mike dives from Clausen’s Pier into water that is too low, breaking his neck and falling into a coma. An anxious Carrie diligently visits Mike in the hospital, praying with their friends and families that he will wake up, knowing that he will be a quadriplegic if he does survive. But when Mike does awaken, Carrie’s initial relief is quickly replaced by nagging doubts. She avoids the attempts of her mother and of Jamie, her lifelong best friend, to reach out to her. She dreads her inevitable contact with the Mayers, and she resents the accusing looks of Rooster, Mike’s best friend, who senses her wavering commitment to Mike. Weary of her confused, hidden feelings, Carrie finally breaks up with Mike and runs off to New York in an attempt at self-discovery. Carrie’s taste of new life in New York City leads her to places in her heart and mind that stimulate and thrill her in ways she never knew were possible. But Carrie finds she cannot easily leave behind her old life in Madison, nor can she escape from herself.

Ann Packer received the Great Lakes Book Award for The Dive from Clausen's Pier, which was a national bestseller. She is also the author of Mendocino and Other Stories. She is a past recipient of a James Michener award and a National Endowment for the Arts fellowship. Her fiction has appeared in The New Yorker, Ploughshares, and other magazines, as well as in Prize Stories 1992: The O. Henry Awards. She lives in northern California with her family.