The Diplomat's Wife
by Pam Jenoff 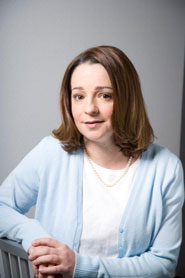 1945. Surviving the brutality of a Nazi prison camp, Marta Nederman is lucky to have escaped with her life. Recovering from the horror, she meets Paul, an American soldier who gives her hope of a happier future. But their plans to meet in London are dashed when Paul's plane crashes.

Devastated and pregnant, Marta marries Simon, a caring British Diplomat and glimpses the joy that home and family can bring. But her happiness is threatened when she learns of a communist spy in British intelligence, and that the one person who can expose the traitor is connected to her past...

In this follow-up to Kommandant's Girl, Pam Jenoff writes of a time of uneasy peace and rising paranoia, when love and desperation could make liars of us all.

Pam Jenoff was born in Maryland and raised outside Philadelphia. She attended George Washington University in Washington, D.C., and Cambridge University in England. Upon receiving her master’s in history from Cambridge, she accepted an appointment as Special Assistant to the Secretary of the Army. The position provided a unique opportunity to witness and participate in operations at the most senior levels of government, including helping the families of the Pan Am Flight 103 victims secure their memorial at Arlington National Cemetery, observing recovery efforts at the site of the Oklahoma City bombing and attending ceremonies to commemorate the fiftieth anniversary of World War II at sites such as Bastogne and Corregidor.

Following her work at the Pentagon, Pam moved to the State Department. In 1996 she was assigned to the U.S. Consulate in Krakow, Poland. It was during this period that Pam developed her expertise in Polish-Jewish relations and the Holocaust. Working on matters such as preservation of Auschwitz and the restitution of Jewish property in Poland, Pam developed close relations with the surviving Jewish community.

Pam left the Foreign Service in 1998 to attend law school and graduated from the University of Pennsylvania. She worked for several years as a labor and employment attorney both at a firm and in-house in Philadelphia and now teaches law school at Rutgers.

Pam is the author of The Kommandant's Girl, which was an international bestseller and nominated for a Quill award, as well as The Diplomat's Wife, Almost Home, A Hidden Affair and The Things We Cherished. She lives outside Philadelphia with her husband and three children.