The Cellist of Sarajevo
by Steven Galloway 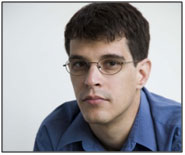 This brilliant novel with universal resonance tells the story of three people trying to survive in a city rife with the extreme fear of desperate times, and of the sorrowing cellist who plays undaunted in their midst.

Steven Galloway, a Canadian author, was born in Vancouver and raised in Kamloops, both in British Columbia. He attended the University College of the Cariboo and the University of British Columbia. His debut novel, Finnie Walsh (2000), was nominated for the Amazon.ca/Books in Canada First Novel Award. His second novel, Ascension (2003), was nominated for the BC Book Prizes' Ethel Wilson Fiction Prize, and has been translated into numerous languages.