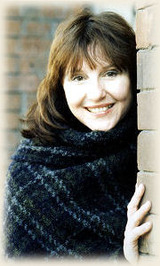 For a thousand years, her existence has been denied. She is the legend that will not die--Pope Joan, a controversial figure of historical record who, disguised as a man, rose to rule Christianity in the 9th century as the first and only woman to sit on the throne of St. Peter. In this riveting novel, Donna Woolfolk Cross paints a sweeping portrait of a heroine whose strength of vision led her to defy the social restrictions of her day.

Brilliant and talented, young Joan rebels against medieval laws forbidding women to learn. When her older brother is brutally killed during a Viking attack, Joan takes up his identity and enters the monastery of Fulda, where she is initiated into the brotherhood in his place. As Brother John Anglicus, Joan distinguishes herself as a great scholar and healer. Eventually she is drawn to Rome, where she becomes enmeshed in a dangerous web of love, passion, and politics. Triumphing over appalling odds, she finally attains the highest throne in Christendom, wielding a power greater than any woman before or since.

But such power always comes at a price...

Pope Joan is a sweeping historical drama set against the turbulent events of the 9th century -- the Saracen sack of St. Peter's, the famous fire in the Borgo that destroyed over three-quarters of the Vatican, the Battle of Fontenoy, arguably the bloodiest and most terrible of medieval conflicts. This masterwork of suspense and passion brings the Dark Ages to life in all their brutal splendor and shares the dramatic story of an unforgettable woman who struggles against restrictions her soul cannot accept.

Donna Woolfolk Cross graduated cum laude, Phi Beta Kappa, from the University of Pennsylvania in 1969 with a B.A. in English. She moved to London, England, after graduation, and worked as an editorial assistant for a small publishing house on Fleet Street, W.H. Allen and Company. Upon her return to the United States, Cross worked at Young and Rubicam, a Madison Avenue advertising firm, before going on to graduate school at UCLA where she earned a master's degree in Literature and Writing in 1972. In 1973, Cross moved with her husband to upstate New York where she began teaching writing in a college English Department. Now writing is her fulltime career.

She is the author of two books on language, Word Abuse: How the Words We Use Use Us and Mediaspeak: How Television Makes Up Your Mind. She is the coauthor of Speaking of Words and Daddy's Little Girl. The product of seven years of research and writing, Pope Joan is her first novel. She is now at work on a new novel set in 17th century France.