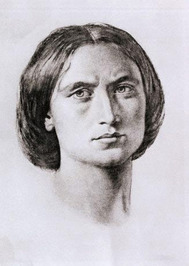 After their parents die, Celia and Dorothea Brooke go to live with their uncle Mr. Brooke at Tipton Grange in Middlemarch, a small town in the English countryside. Dorothea, the beautiful, clever sister, immediately attracts the attention of Sir James Chettam, but with her always present desire to be useful, Dorothea has eyes only for the older, scholarly Mr. Casaubon. Against the desires of many in the Middlemarch community, Dorothea and Casaubon are married. In the meantime, the lives of another pair of would-be lovers becomes quite complicated. Fred Vincy, by nature a somewhat wild and undisciplined young man, finds himself in debt. He has accepted credit from unreliable sources and must find a way to repay the debt; if he does not, the father of Mary Garth, Fred's only true love, must pay the debt for him. Fred's only hope is that his old, dying uncle Peter Featherstone will leave him money in his will. When Featherstone dies, he leaves two wills. The first promises a large sum of money to Fred, but the second and more recent will leaves the entire estate to Mr. Joshua Rigg, Peter Featherstone's son, thus effectively crushing Fred's expectations. As a result of the disappointment, Fred becomes violently ill. The Vincys call in young Dr. Lydgate, a doctor who hopes to reform medical practices in England. In the process of attending to Fred, Lydgate finds himself captivated by Rosamond Vincy, Fred's sister.

On their honeymoon in Rome, the newly married Casaubons find things not to be as happy as they had expected. Mr. Casaubon spends his time doing research for his book The Key to All Mythologies; Dorothea, who desperately wants to help him in his scholarly pursuits, finds herself shut out from his work. One afternoon as she wanders through the museums of Rome, Dorothea encounters Mr. Casaubon's cousin Will Ladislaw who falls hopelessly in love with her. When he comes to visit Dorothea, Mr. Casaubon becomes jealous. Upon their return to Middlemarch, Dorothea learns that her sister Celia is engaged to marry Sir James Chettam. Shortly after their return to  Middlemarch, Mr. Casaubon dies of heart problems; in his suspicions of Ladislaw, though, he has altered his will in such a way that if Dorothea ever marries Ladislaw, she will forfeit the entire estate.

After Fred's illness, Rosamond and Lydgate find themselves more and more in love. Although Lydgate is hesitant at first, he soon realizes how much he loves Rosamond and a date is set for their wedding. The two are happy at first, but Lydgate has had to go deeply into debt to accommodate Rosamond's desire to live an upper-class life. The two begin to fight; Rosamond frequently goes behind Lydgate's back, appealing both to her father and to Lydgate's wealthy uncle to bail them out of their difficulties. In desperation, Lydgate turns to Rosamond's uncle Mr. Bulstrode who has his own reasons for aiding the Lydgates. Mr. Lydgate, in his role as a physician, attends to Mr. Raffles, a recent arrival in Middlemarch. Raffles knows of Bulstrode's past, and Bulstrode, now an upstanding citizen in Middlemarch, fears that his secret past as a disreputable businessman will be made public. In particular, he fears that Raffles will tell Lydgate his secret. For this reason, Bulstrode gives Lydgate the one-thousand pounds he needs to pay his debts; Bulstrode hopes that Lydgate will feel indebted to him and thus not reveal anything that Raffles might tell him. Lydgate leaves Raffles in Bulstrode's care. Much to Lydgate's surprise, when he returns the next day, Raffles is dead. However, unbeknownst to Mr. Bulstrode, Raffles has told his secret to several of the townspeople. When the set of coincidences is made known, it appears that Mr. Bulstrode has killed Raffles and paid Lydgate to keep quiet. Lydgate fears that this disgrace will end both his marriage and his practice. Dorothea, however, uses her position as a wealthy widow to be of use. Having gotten to know Lydgate, she is convinced of his innocence. She gives him enough money to repay Bulstrode, thus helping to clear his name somewhat. In addition, she gives her money to support Lydgate's hospital; the support of a wealthy widow is another step towards restoring Lydgate's name. Dorothea also visits Rosamond, convincing her that Lydgate loves her and that the two of them should be happy together. In the process, though, Dorothea realizes her own love for Will Ladislaw. Much to the dismay of Sir James Chettam and others, Dorothea renounces her fortune and marries Will. The novel ends with a vision of the futures of the different characters. Rosamond and Lydgate build a marriage and a medical practice; their lives are generally happy though not without occasional problems. Fred Vincy and Mary Garth are married and live happily as hard working tenants at Stone Court, the land that Fred had once hoped to inherit from his uncle Featherstone. Dorothea and Will Ladislaw move to London where they build a happy family and Dorothea continues to look for ways to be useful.

George Eliot (Mary Ann Evans) lived from 1819 to 1880. She was raised in a very traditional family. Her father was a farmer who managed various estates, and he made certain that his daughter was given a very strict Methodist education. She attended a series of boarding schools where she learned that which was typical for a young lady in the early part of the nineteenth century -- subjects such as French, piano, and handwriting. While at these boarding schools, she frequently turned to fiction as a form of amusement, establishing at an early age the foundation upon which her later novels would be based. Despite this traditional upbringing, though, Mary Ann Evans lived an adult life that many considered to be utterly scandalous. In the mid- 1840's she began to question seriously the Christian faith in which she was raised, and by the end of the 1840's she had abandoned the church altogether. This questioning of religion may have initiated her literary career, though; her translation of Das Leben Jesu, a controversial inquiry into the tenets of Christianity, gained her some notice in London. She took a position as the editor of the Westminster Review, and in this capacity, she met George Lewes. Although married, Lewes and his wife believed that love held stronger claims on individuals than marriage. Mary Ann Evans soon began to live openly with George Lewes as his "spiritual wife." In her "married life," Mary Ann Evans began to write fiction. Her first piece, "The Sad Fortunes of the Reverend Amos Barton" was published in 1856 in Blackwood's Edinburgh Magazine under the pen name "George Eliot." In the following years, Eliot would write a number of novels including Adam Bede (1857), The Mill on the Floss (1859), and Silas Marner (1861). As was typical for novels of the time, many of Eliot's works were originally published serially; a magazine would contract with her to publish the novel over a number of months. In 1871 and 1872, Blackwood's serialized Middlemarch. Following the publication of Middlemarch, Eliot found herself to be both rich and famous. Her final novel, Daniel Deronda was published in 1876. In 1878, George Lewes died, leaving Eliot alone. In the following year, she fell in love with and married John Cross, her business manager, who was more than twenty years younger than she. Unfortunately, just months after their marriage in 1880, Eliot died of a kidney disease that had plagued her for several years.