Memoirs of a Geisha
by Arthur Golden 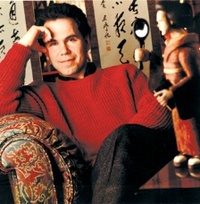 The strikingly pretty child of an impoverished fishing family, Chiyo is taken to faraway Kyoto and sold into slavery to a renowned geisha house where she is renamed Sayuri. Initially reluctant, Sayuri must finally invent and cultivate an image of herself as a desirable geisha in order to survive in Gion’s cruel hierarchy. Through her eyes, we are given a backstage view of the ancient and secretive geisha district, Gion, and of the lives of the women who learn and practice the rigorous arts of the geisha. Behind its facade of haunting beauty the district turns out to be a viciously competitive place where women vie desperately for men’s favor and largess, where a young girl’s virginity is auctioned off to the highest bidder, where personal trust is almost nonexistent, and where no woman can afford even to dream about love or happiness. A timeless pocket of the world, Gion cannot remain cut off from the bustle of the modern era forever. When Japan enters the Second World War, Gion’s isolation is finally breached and Sayuri must once again reinvent herself and her way of existence. Memoirs of a Geisha is a treasure of a book, an unparalleled look at a strange and mysterious world which has now almost vanished. It is also, and unforgettably, a dazzling portrait of a singular and most seductive woman who tells her story in a compelling first person voice.

Arthur Golden was born in Chattanooga, Tennessee, and was educated at Harvard College, where he received a degree in art history, specializing in Japanese art. In 1980 he earned an M.A. in Japanese history from Columbia University, where he also learned Mandarin Chinese. Following a summer at Beijing University, he worked in Tokyo, and, after returning to the United States, earned an M.A. in English from Boston University. He resides in Brookline, Massachusetts, with his wife and two children.