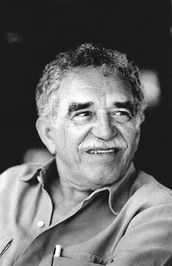 In the late 1800s, in a Caribbean port city, a young telegraph operator named Florentino Ariza falls deliriously in love with Fermina Daza, a beautiful student. She is so sheltered that they carry on their romance secretly, through letters and telegrams. When Fermina Daza's father finds out about her suitor, he sends her on a trip intended to make her forget the affair. Lorenza Daza has much higher ambitions for his daughter than the humble Florentino. Her grief at being torn away from her lover is profound, but when she returns she breaks off the relationship, calling everything that has happened between them an illusion.

Instead, she marries the elegant, cultured, and successful Dr. Juvenal Urbino. As his wife, she will think of herself as "the happiest woman in the world." Though devastated by her rejection, Florentino Ariza is not one to be deterred. He has declared his eternal love for Fermina, and determines to gain the fame and fortune he needs to win her back. When Fermina's husband at last dies, 51 years, 9 months, and 4 days later, Florentino Ariza approaches Fermina again at her husband's funeral. There have been hundreds of other affairs, but none of these women have captured his heart as Fermina did. "He is ugly and sad," says one of his lovers, "but he is all love."

In this magnificent story of a romance, García Márquez beautifully and unflinchingly explores the nature of love in all its guises, small and large, passionate and serene. Love can emerge like a disease in these characters, but it can also outlast bleak decades of war and cholera, and the effects of time itself.

Gabriel García Márquez is the product of his family and his nation. Born in the small coastal town of Aracataca in northern Colombia, he was raised by his maternal grandparents. As a child, he was mesmerized by stories spun by his grandmother and her sisters -- a rich gumbo of superstitions, folk tales, and ghost stories that fired his youthful imagination. And from his grandfather, a colonel in Colombia's devastating Civil War, he learned about his country's political struggles. This potent mix of Liberal politics, family lore, and regional mythology formed the framework for his magical realist novels.

When his grandfather died, García Márquez was sent to Sucre to live (for the first time) with his parents. He attended university in Bogotá, where he studied law in accordance with his parents' wishes. It was here that he first read The Metamorphosis by Franz Kafka and discovered a literature he understood intuitively -- one with nontraditional plots and structures, just like the stories he had known all his life. His studies were interrupted when the university was closed, and he moved back north, intending to pursue both writing and law; but before long, he quit school to pursue a career in journalism.

In 1954 his newspaper sent García Márquez on assignment to Italy, marking the start of a lifelong selfimposed exile from the horrors of Colombian politics that took him to Barcelona, Paris, New York, and Mexico. Influenced by American novelist William Faulkner, creator of the fictionalized Yoknapatawpha  County, and by the powerful intergenerational tragedies of the Greek dramatist Sophocles, García Márquez began writing fiction, honing a signature blend of fantasy and reality that culminated in the 1967 masterpiece One Hundred Years of Solitude. This sweeping epic became an instant classic and set the stage for more bestselling novels, including Love in the Time of Cholera, Love and Other Demons, and Memories of My Melancholy Whores. In addition, he has completed the first volume of a shelf-bending memoir, and his journalism and nonfiction essays have been collected into several anthologies.

In 1982, García Márquez was awarded the Nobel Prize for Literature. In his acceptance speech, he called for a "sweeping utopia of life, where no one will be able to decide for others how they die, where love will prove true and happiness be possible, and where the races condemned to one hundred years of solitude will have, at last and forever, a second opportunity on earth." Few writers have pursued that utopia with more passion and vigor than this towering 20th-century novelist.