The Last Days of Night
by Graham Moore 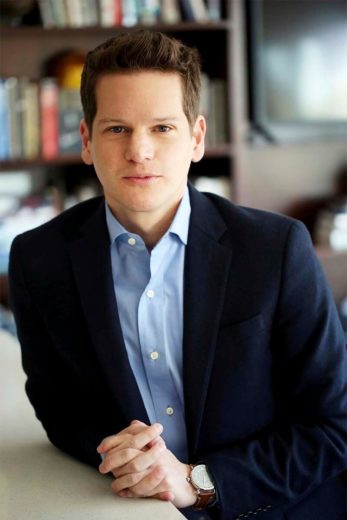 A thrilling novel based on actual facts about the nature of genius, the cost of ambition, and the battle to electrify America. It’s New York City in 1888 and gas lamps still flicker in the city streets, but the miracle of electric light is in its infancy. The person who controls the means to turn night into day will make history and a vast fortune. Will it be inventor Thomas Edison or George Westinghouse as a tense legal battle ensues over who invented the light bulb and holds the right to power the country? A young, inexperienced, yet ambitious lawyer named Paul Cravath, recently graduated from Columbia Law School, takes the impossible case.  He must defend Westinghouse who is being sued by the cunning and crafty Edison over the billion dollar question: who invented the light bulb?   How Cravath tackles this challenging, yet infamous case, which exposes him to high society and gives him national attention, makes for a fascinating and intriguing historical novel.

Graham Moore is a New York Times bestselling novelist and Academy Award-winning screenwriter. His screenplay for “The Imitation Game” won the Academy Award and WGA Award for Best Adapted Screenplay in 2015 and was nominated for a BAFTA and a Golden Globe.

Graham Moore received a Bachelor of Arts degree in religious history from Columbia University in 2003.  He stayed in New York City after graduation and played in a number of rock bands and worked as a sound engineer while pursuing his writing career. He currently lives in Los Angeles.