Have a Little Faith
by Mitch Albom 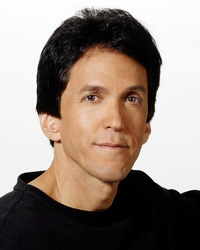 What if our beliefs were not what divided us, but what pulled us together?

Albom’s first nonfiction book since Tuesdays with Morrie was published twelve years ago, Have A Little Faith begins with an unusual request: an 82-year-old rabbi from Albom’s old hometown asks him to deliver his eulogy.

Feeling unworthy, Albom insists on understanding the man better, which throws him back into a world of faith he’d left years ago. Meanwhile, closer to his current home, Albom becomes involved with a Detroit pastor — a reformed drug dealer and convict — who preaches to the poor and homeless in a decaying church with a hole in its roof.

Moving between their worlds, Christian and Jewish, African-American and white, impoverished and well-to-do, Mitch observes how these very different men employ faith similarly in fighting for survival: the older, suburban rabbi, embracing it as death approaches; the younger, inner-city pastor relying on it to keep himself and his church afloat.

As America struggles with hard times and people turn more to their beliefs, Mitch and the two men of God explore issues that perplex modern man: how to endure when difficult things happen; what heaven is; intermarriage; forgiveness; doubting God; and the importance of faith in trying times. Although the texts, prayers and histories are different, Albom begins to realize a striking unity between the two worlds — and indeed, between beliefs everywhere.

In the end, as the rabbi nears death and a harsh winter threatens the pastor’s wobbly church, Albom sadly fulfills the last request and writes the eulogy. And he finally understands what both men had been teaching all along: the profound comfort of believing in something bigger than yourself.

Have a Little Faith is a book about a life’s purpose; about losing belief and finding it again; about the divine spark inside us all. It is one man’s journey, but it is everyone’s story.

MITCH ALBOM is an internationally renowned and best-selling author, journalist, screenwriter, playwright, radio and television broadcaster and musician. His books have collectively sold more than 35 million copies worldwide; have been published in forty-eight territories and in forty-four languages around the world; and have been made into Emmy Award-winning and critically-acclaimed television movies.

Mitch was born on May 23, 1958 in Passaic, New Jersey, the middle of three children to Rhoda and Ira Albom. The family moved to the Buffalo, N.Y. area briefly before settling in Oaklyn, New Jersey, not far from Philadelphia. Mitch grew up wanting to be a cartoonist before switching to music. He taught himself to play piano, and played in bands, including The Lucky Tiger Grease Stick Band, throughout his adolescence. After attending high schools in New Jersey and Pennsylvania, he left for college after his junior year. He earned a bachelor’s degree in 1979 at Brandeis University in Waltham, Massachusetts, majoring in sociology, but stayed true to his dream of a life in music, and upon graduation, he worked for several years as a performer, both in Europe and America. One of his engagements during this time included a taverna on the Greek island of Crete, in which he was a featured American performer who sang Elvis Presley and Ray Charles songs. He also wrote and produced the recording of several songs. In his early 20’s, while living in New York, he took an interest in journalism and volunteered to work for a local weekly paper, the Queens Tribune. He eventually returned to graduate school, earning a Master’s degree from Columbia University’s Graduate School of Journalism, followed by an MBA from Columbia University’s Graduate School of Business. During this time, he paid his tuition partly through work as a piano player.

Mitch eventually turned full-time to his writing, working as a freelance sports journalist in New York for publications such as Sports Illustrated, GEO, and The Philadelphia Inquirer. His first full time newspaper job was as a feature writer and eventual sports columnist for The Fort Lauderdale News and Sun Sentinel in Florida. He moved to Detroit in 1985, where he became a nationally-acclaimed sports journalist at the Detroit Free Press and one of the best-known media figures in that city’s history, working in newspapers, radio and television. He currently hosts a daily talk show on WJR radio (airs Monday through Friday, 5-7 p.m. EST) and appears regularly on ESPN Sports Reporters and SportsCenter.

In 1995, he married Janine Sabino. That same year he re-encountered Morrie Schwartz, a former college professor who was dying of ALS, also known as Lou Gehrig’s disease. His visits with Schwartz would lead to the book Tuesdays with Morrie, which moved Mitch away from sports and began his career as an internationally recognized author.

Tuesdays with Morrie is the chronicle of Mitch’s time spent with his beloved professor. As a labor of love, Mitch wrote the book to help pay Morrie’s medical bills. It spent four years on the New York Times Bestseller list and is now the most successful memoir ever published. His first novel, The Five People You Meet in Heaven, is the most successful US hardcover first adult novel ever. For One More Day debuted at No.1 on the New York Times Bestseller List and spent nine months on the list. In October 2006, For One More Day was the first book chosen by Starbucks in the newly launched Book Break Program, which also helped fight illiteracy by donating one dollar from every book sold to Jumpstart. His most recent, Have a Little Faith, was released in September 2009 and selected by Oprah.com as the best nonfiction book of 2009.

All three of Albom’s best sellers have been turned into successful TV movies. Oprah Winfrey produced the film version of Tuesdays With Morrie in December 1999, starring Jack Lemmon and Hank Azaria. The film garnered four Emmy awards, including best TV film, director, actor and supporting actor. The critically acclaimed Five People You Meet in Heaven aired on ABC in winter, 2004. Directed by Lloyd Kramer, the film was the most watched TV movie of the year, with 19 million viewers. Oprah Winfrey Presents Mitch Albom’s For One More Day aired on ABC in December 2007 and earned Ellen Burstyn a Screen Actors Guild nomination. Most recently. Hallmark Hall of Fame produced the film adaptation of Have a Little Faith, which aired on ABC in November 2011. It starred Laurence Fishburne, Bradley Whitford, Martin Landau, and Anika Noni Rose.

An award-winning journalist and radio host, Albom wrote the screenplay for both For One More Day and The Five People You Meet in Heaven, and is an established playwright, having authored numerous pieces for the theater, including the off-Broadway version of Tuesdays With Morrie (co-written with Jeffrey Hatcher) which has seen over one hundred productions across the US and Canada.

Mitch is also an accomplished song writer and lyricist. Later in his life, when music had become a sideline, he would see several of his songs recorded, including the song “Hit Somebody (The Hockey Song)” which he wrote for rock singer Warren Zevon. Albom also wrote and performed songs for several TV movies, including “Cookin’ for Two” for Christmas in Connecticut, the 1992 remake directed by Arnold Schwarzenegger.

Albom has founded seven charities, many in the metropolitan Detroit area: The Dream Fund, A Time To Help, and S.A.Y Detroit, an umbrella organization for charities dedicated to improving the lives of the neediest, including the S.A.Y. Detroit Family Health Clinic. A Hole in the Roof Foundation helps faith groups of every denomination who care for the homeless repair the spaces in which they carry out their work. The seed that gave root to the Foundation – and also inspired its name—was the hole in the roof of the I Am My Brother's Keeper church in inner-city Detroit, written about in Have a Little Faith.

The Have Faith Haiti Mission is a special place of love and caring, dedicated to the safety, education, health and spiritual development of Haiti’s impoverished children and orphans. The Mission was founded in the 1980’s by a Detroit Pastor named John Hearn Sr. as The Caring and Sharing Mission. Since then, it has raised and cared for hundreds of children, some of whom now work there caring for the next generation.Following the devastating earthquake of January, 2010, the mission fell upon hard times, and later that year, operations were taken over by Albom and his A Hole In The Roof Foundation, and the name changed to Have Faith Haiti Mission, inspired partly by Albom’s book “Have a Little Faith.”

Working Homes/Working Families is a new charity devoted to providing homes for working families in need of decent housing. Homes that are donated or abandoned are rehabbed with the help of volunteers from A Time to Help and the Detroit Rescue Mission Ministries. The Heart of Detroit is a groundbreaking public service initiative. Airing weekly during Local 4 News (Detroit) at 5 p.m. and then on MitchAlbom.com, The Heart of Detroit will share inspiring stories of metro Detroiters with heart and everyday people who step up to help make our community a better place to live.

Albom devoted  an area of his website, www.mitchalbom.com/service , to hosting  a directory of local and national service opportunities.  He also raises money for literacy projects through a variety of means including his performances with The Rock Bottom Remainders, a band made up of writers which includes Stephen King, Dave Barry, Scott Turow, Amy Tan and Ridley Pearson. Albom serves on the boards of various charities and, in 1999, was named National Hospice Organization's Man of the Year.

In 2010, Albom was named the recipient of the Red Smith Award for lifetime achievement by the Associated Press Sports Editors.

He lives with his wife, Janine, in Detroit, MI.

(Starred review.) Albom delivers a command audio performance. He brings his two clergymen-protagonists-an elderly rabbi from Albom's home synagogue and an African-American pastor leading a ministry to Detroit's homeless population-to vivid life and conveys their messages of faith with sensitivity and respect. The audio's most memorable moments feature the humility-and eccentricity-of the two spiritual leaders who, despite their deep religious commitment, refuse to be placed on a pedestal. From the ail-ing Jewish leader breaking out into whimsical songs in the middle of his grueling medical treatments and his Christian counterpart savoring the joys of barbecuing, Albom's characterizations brim with humor and compassion. Publishers Weekly