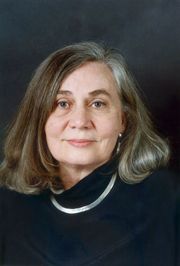 In 1956, toward the end of Reverend John Ames's life, he begins a letter to his young son, an account of himself and his forebears. Ames is the son of an Iowan preacher and the grandson of a minister who, as a young man in Maine, saw a vision of Christ bound in chains and came west to Kansas to fight for abolition: He "preached men into the Civil War," then, at age fifty, became a chaplain in the Union Army, losing his right eye in battle. Reverend Ames writes to his son about the tension between his father--an ardent pacifist--and his grandfather, whose pistol and bloody shirts, concealed in an army blanket, may be relics from the fight between the abolitionists and those settlers who wanted to vote Kansas into the union as a slave state. And he tells a story of the sacred bonds between fathers and sons, which are tested in his tender and strained relationship with his namesake, John Ames Boughton, his best friend's wayward son.

This is also the tale of another remarkable vision--not a corporeal vision of God but the vision of life as a wondrously strange creation. It tells how wisdom was forged in Ames's soul during his solitary life, and how history lives through generations, pervasively present even when betrayed and forgotten.

Gilead is the long-hoped-for second novel by one of our finest writers, a hymn of praise and lamentation to the God-haunted existence that Reverend Ames loves passionately, and from which he will soon part.

Marilynne Robinson was born and raised in Idaho, where her family has lived for several generations. She recieved a B.A. from Brown University in 1966 and a Ph.D. in English literature from the University of Washington in 1977. Housekeeping, her first novel, was published in 1981 and won the PEN/ Hemingway Award for First Fiction and the American Academy and Institute's Richard and Hinda Rosenthal Award. Mother Country, an examination of Great Britain's role in radioactive environmental pollution, was published in 1989. Most recently, Robinson published Gilead (2004). She lives in Iowa City, Iowa, with her family.