From the Mixed-Up Files of Mrs. Basil E. Frankweiler
by E. L. Konigsburg​ 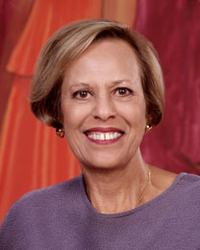 Claudia knew that she could never pull off the old-fashioned kind of running away...so she decided not to run FROM somewhere, but TO somewhere. And so, after some careful planning, she and her younger brother, Jamie, escaped — right into a mystery that made headlines!

E. L. Konigsburg is the only author to have won the Newbery Medal and be runner-up in the same year. In 1968 From the Mixed-Up Files of Mrs. Basil E. Frankweiler won the Newbery Medal and Jennifer, Hecate, Macbeth, William McKinley, and Me, Elizabeth was named Newbery Honor Book. Almost thirty years later she won the Newbery Medal once again for The View From Saturday. She has also written and illustrated three picture books: Samuel Todd's Book of Great Colors, Samuel Todd's Book of Great Inventions, and Amy Elizabeth Explores Bloomingdale's. In 2000 she wrote Silent to the Bone, which was named a New York Times Notable Book and an ALA Best Book for Young Adults, among many other honors.

After completing her degree at Carnegie Mellon University, Ms. Konigsburg did graduate work in organic chemistry at the University of Pittsburgh. For several years she taught science at a private girls' school. When the third of her three children started kindergarten, she began to write. She now lives on the beach in North Florida.