Divine Secrets of the Ya-Ya Sisterhood
by Rebecca Wells 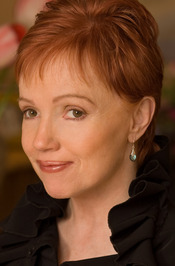 Sidda is a girl again in the hot heart of Louisiana, the bayou world of Catholic saints and voodoo queens. She walks barefoot into the humid night, moonlight on her freckled shoulders. Near a huge, live oak tree on the edge of her father's cotton fields, Sidda looks up into the sky. In the crook of the crescent moon sits the Holy Lady, with strong muscles and a merciful heart. She kicks her splendid legs like the moon is her swing and the sky, her front porch. She waves down at Sidda like she has just spotted an old buddy. Sidda stands in the moonlight and lets the Blessed Mother love every hair on her six-year-old head. Tenderness flows down from the moon and up from the earth. For one fleeting, luminous moment, Sidda Walker knows there has never been a time she has not been loved.

When Siddalee and Vivi Walker, an utterly original mother-daughter team, get into a savage fight over a New York Times article that refers to Vivi as a "tap-dancing child abuser," the fall-out is felt from Louisiana to New York to Seattle. Siddalee, a successful theatre director with a huge hit on her hands, panics and postpones her upcoming wedding to her lover and friend Connor McGill. But Vivi's intrepid gang of life-long girlfriends, the Ya-Yas, sashay in and conspire to bring everyone back together. In 1932, Vivi and the Ya-Yas were disqualified from a Shirley Temple Look-Alike Contest for unladylike behavior. Sixty years later, they're "bucking seventy," and still making waves. They persuade Vivi to send Sidda a scrapbook of girlhood momentos entitled "The Divine Secrets of the Ya-Ya Sisterhood."

Sidda retreats to a cabin on Washington State's Olympic Peninsula, tormented by fear and uncertainty about the future, and intent on discovering a key to the tangle of anger and tenderness she feels toward her mother. But the album reveals more questions than answers, and leads Sidda to encounter the unknowable mystery of life and the legacy of imperfect love. With passion and a rare gift of language, Rebecca Wells moves from present to past, unraveling Vivi's life, her enduring friendships with the YaYas, and the reverberations on Siddalee. The collective power of the Ya-Yas, each of them totally individual and authentic, permeates this story of a tribe of Louisiana wild women impossible to tame.

After college, Wells later moved to New York City to pursue her acting career and began studying the Stanislavski method of acting, as well as a depth approach that integrates spirituality and performance with Maurine Holbert. "I live in an actor's body, in which the cultivation of sense memory, active listening, and the belief that the sublime can arise out of the most common character, word, or gesture is somewhat of a religion for me," she says.

Wells's commitment was not only to the stage, but to peace and social justice as well. In 1982 she went to Seattle, Washington, where she performed at numerous professional theaters. She also founded a chapter of Performing Artists for Nuclear Disarmament. Charmed by the beauty and grace of The Great Northwest, she decided to make it her home.

Her writing, however, resides in the heart of Louisiana. While many fans assume her work is autobiographical, Wells maintains that her stories are just that—stories. "I grew up in the fertile world of storytelling, filled with flamboyance, flirting, futility, and fear. My work, though, is a result of my imagination dancing a kind of psycho-spiritual tango with my own history, and the final harvest is fiction, not memoir." Little Altars Everywhere, which won the Western States Book Award and was a New York Times bestseller, and Divine Secrets of the Ya-Ya Sisterhood, a #1 New York Times bestseller and winner of the 1999 Adult Trade ABBY Award, have given Wells a dominant place in American literature.

She lives in Washington State with her husband and her King Charles Cavalier Spaniel, who is named Mercy. As Wells is fond of saying, "Dogs always remind me why the word God is dog spelled backward."