Destiny of the Republic
by Candice Millard 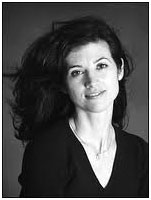 Destiny of the Republic is the story of James A. Garfield’s life and assassination. Born in poverty on the Ohio frontier in 1831 and raised by a widowed mother, he would go on to achieve fame and fortune, becoming a national hero and President of the United States.  As a young man Garfield works on the canals in his native Ohio before discovering a love of learning that lead him to pursue his education.  A gifted student, Garfield rapidly rises though the academic ranks before the Civil War breaks out.  He enlists as an officer, again rapidly rising through the ranks and winning some key battles for the Union.  The resulting fame accelerates his political success, leading to his unexpected nomination for the Presidency by the Republican Party in 1880.

Garfield’s ascension to the Presidency puts him on a collision course with another man: Charles Guiteau.  Raised in a fanatically religious household, Guiteau is convinced that he was chosen by God for some special purpose.  Unsuccessful in love or business—and believed by several of his closest relatives to be insane—Guiteau becomes fixated on Garfield, often visiting the President in the White House in pursuit of a government position.  When this proves unsuccessful, Guiteau takes the drastic step of shooting Garfield on a railway platform in Washington, D.C. on July 2, 1881.

The President initially survives the gunshot, but lingers between life and death as surgeons frantically try to repair his wounds and remove the bullet.  His attending surgeon, Dr. D. Willard Bliss, eschews modern ideas of antiseptic surgery, so that a severe case of sepsis sets in as the infection spreads through Garfield’s body.  In an attempt to remove the bullet, Alexander Graham Bell invents a metal detecting device which allows for the non-surgical detection of the projectile.  However, Bliss only allows Bell to use the machine on the right side of the President’s body, where he believes the bullet to be lodged.  This proves unsuccessful, and the infection spreads, resulting in Garfield’s death.  With a nation in mourning, and many calling for Guiteau’s head, a trial for murder commences. After a three month trial, Guiteau is convicted and executed.

Destiny of the Republic ends with a surprise: after Garfield’s death an autopsy of Garfield’s body reveals that the bullet took a different path than originally believed.  It broke part of the President’s spine, lodging in the left side of his body.  Bell’s device, had it been used there, would have worked perfectly. This mistake in diagnosis, and Bliss’s denial of the sepsis plaguing Garfield’s body, resulted in the President’s death.

Candice Millard is a former writer and editor for National Geographic magazine. Her first book, The River of Doubt: Theodore Roosevelt's Darkest Journey was a New York Times bestseller and was named one of the best books of the year by the New York Times, Washington Post, San Francisco Chronicle, Christian Science Monitor, and Kansas City Star. The River of Doubt was a Barnes & Noble Discover Great New Writers selection and a Book Sense Pick, was a finalist for the Quill Awards, and won the William Rockhill Nelson Award. It has been printed in Portuguese, Mandarin, and Korean, as well as a British edition. Millard's second book, Destiny of the Republic: A Tale of Madness, Medicine & the Murder of a President, rose to number five on The New York Times bestseller list and has been named a best book of the year by The New York Times, Washington Post, Kirkus Reviews, The Kansas City Star, Amazon, and Barnes & Noble. Destiny of the Republic won the Edgar Award for Best Fact Crime, the PEN Center USA award for Research Nonfiction, the One Book—One Lincoln Award, the Ohioana Award and the Kansas Notable Book Award. Millard's work has also appeared in Time Magazine, Washington Post Book World, and the New York Times Book Review. She lives in Kansas City with her husband and three children.