Bunnicula
by Deborah and James Howe 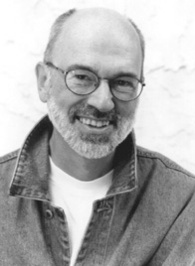 A number of the characters in the book harbor secrets. What does secret-keeping do characters like Faith and Fred, who fear their actual secrets as opposed to Kari or Beau who fear the reactions of others? Bunnicula: The Monroe family find a bunny at the movie theater. They are watching an old Dracula movie so that call the bunny Bunnicula. The Monroe already have two pets, Harold the dog and Chester the cat. While Harold isn’t bothered by the new addition, Chester begins to suspect that the bunny is a vampire. Bunnicula’s markings make him look like he is wearing a cape, and he seems to have fangs. Strange things seem to happen around the house after Bunnicula arrives. So Chester, with a little help from Harold, tries to rescue the family from the vampire bunny.

James and Deborah Howe were husband and wife. They wrote two books together before she died of cancer in 1978. It was Deborah who suggested that they collaborate on a children’s book based on a character that James had created several years earlier. James has continued to write and several of his works are listed below.