Behind the Beautiful Forevers
by Katherine Boo 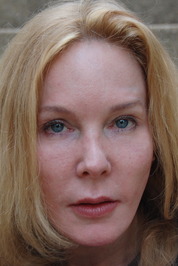 From Pulitzer Prize-winner Katherine Boo, a landmark work of narrative nonfiction that tells the dramatic and sometimes heartbreaking story of families striving toward a better life in one of the twenty-first century's great, unequal cities. In this brilliantly written, fast-paced book, based on three years of uncompromising reporting, a bewildering age of global change and inequality is made human. Annawadi is a makeshift settlement in the shadow of luxury hotels near the Mumbai airport, and as India starts to prosper, Annawadians are electric with hope. Abdul, a reflective and enterprising Muslim teenager, sees "a fortune beyond counting" in the recyclable garbage that richer people throw away. Asha, a woman of formidable wit and deep scars from a childhood in rural poverty, has identified an alternate route to the middle class: political corruption. With a little luck, her sensitive, beautiful daughter--Annawadi's "most-everything girl"--will soon become its first female college graduate. And even the poorest Annawadians, like Kalu, a fifteen-year-old scrap-metal thief, believe themselves inching closer to the good lives and good times they call "the full enjoy." But then Abdul the garbage sorter is falsely accused in a shocking tragedy; terror and a global recession rock the city; and suppressed tensions over religion, caste, sex, power and economic envy turn brutal. As the tenderest individual hopes intersect with the greatest global truths, the true contours of a competitive age are revealed. And so, too, are the imaginations and courage of the people of Annawadi. With intelligence, humor, and deep insight into what connects human beings to one another in an era of tumultuous change, Behind the Beautiful Forevers carries the reader headlong into one of the twenty-first century's hidden worlds, and into the lives of people impossible to forget.

Katherine Boo is a staff writer at The New Yorker and a former reporter and editor for The Washington Post. She learned to report at the alternative weekly, Washington City Paper, after which she worked as a writer and co-editor of The Washington Monthly magazine. Over the years, her reporting from disadvantaged communities has been awarded a Pulitzer Prize, a MacArthur “Genius” grant, and a National Magazine Award for Feature Writing. For the last decade, she has divided her time between the United States and India, the birthplace of her husband, Sunil Khilnani. This is her first book.

Unnati Tripathi started working for Katherine as a translator and researcher in April 2008. Three and a half years later, Unnati had become Katherine’s trusted co-investigator and critical interlocutor, helping to bring the stories of Annawadi residents to the page. Over those years, she also took many photographs of a changing slum. Some of the more recent photos are on this website.
Unnati has an M.A. in sociology from the University of Mumbai and is currently helping the Indian Association for Women’s Studies establish a digital archive. Previously, she provided research and editing assistance on a short documentary film, ‘Do Rafeeq Ek Chai,’ directed by Rafeeq Ellias, and wrote a report on madrasas in Mumbai for the Maharashtra State Minorities Commission under the supervision of Dr. Ranu Jain. An essay of her own, ‘The Precinct as Workspace: Snippets from Conversations,’ was published in Zero Point Bombay: In and Around Horniman Circle, a 2008 anthology edited by Kamala Ganesh, Usha Thakkar and Gita Chadha. Since 2009, she’s also been filming the annual Mahim fair in Mumbai. Her current intent is to make a short documentary on the religious significance and raucous beauty of the fair, and how it subtly illuminates the tensions and possibilities of the city.

Mrinmayee Ranade was the first translator to work regularly on this project. In the first half of 2008, she joined Katherine in Annawadi and several other slums, helping to draw out individuals’ stories with sensitivity and precision and remaining unflappable even in mob scenes. Her deepest sensitivity was to the domestic lives and choices of women, particularly those who were balancing work and family responsibilities, as Mrin herself does. Fittingly, she is now the editor of Madhurima, a weekly women’s supplement for the Bhaskar Group’s Divya Marathi newspaper.

Mrin earned her B.A. degree from the University of Mumbai and previously worked as a reporter and editor for many English- and Marathi-language publications, among them the Indian Express, Navashakti, Maharashtra Times, and Times of India. As a researcher and translator, she’s assisisted journalists from the BBC, The National Geographic, The Guardian and elsewhere. She’s also taught reporting and editing at Wilson College, V.G. Kelkar College, and Rai University.

Three other women also helped Katherine with translation in the first half of 2008. Kavita Mishra, an undergraduate at the University of Mumbai, helped interview residents of several slums in between the obligations of her coursework. Vijaya Chauhan, a veteran educationist, spent a single day at Annawadi and a second day watching Annawadi videotapes, and in that brief time taught Katherine boatloads. Shobha Murthy was an equally generous teacher when she took time from her real work, running educational programs for low-income Navi Mumbai children, to help Katherine interview parents and children.