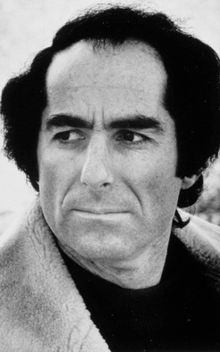 Seymour "Swede" Levov comes of age just after World War II, in a thriving and triumphant America. A legendary high school athlete, the diligent and successful inheritor of his father's glove factory, the proprietor of an eighteenth-century stone house in the heart of WASP country, the devoted husband of a beautiful and intelligent wife, and the father of a charming daughter, the Swede appears to have fulfilled the ambitions of generations of struggling forebears. But his carefully constructed life begins to collapse as he and America face the challenges of the turbulent sixties, and he sees his adored daughter, Merry turn, first into a rebellious adolescent and then into a revolutionary terrorist. As Swede Levov watches in bewilderment everything he treasures, everything so industriously created by his family over the course of three generations, is blown up by an angry girl's bomb. American Pastoral is a wrenching and cathartic piece of work. It is a book about America: about loving and hating it, about wanting to belong and refusing to belong.

Philip Roth was born in 1933 in Newark, New Jersey, and was brought up there. He received a B.A from Bucknell University, and an M.A. in English from the University of Chicago. He then spent two more years at Chicago, teaching and pursuing further graduate studies. His first book, Goodbye, Columbus, was published in 1959 and received the National Book Award, the first of many literary prizes including another National Book Award (for Sabbath's Theater), the National Book Critics Circle Award (for Patrimony and The Counterlife), the PEN/Faulkner Award (for Operation Shylock) and the Pulitzer Prize in fiction for American Pastoral.

After many years of teaching comparative literature--mostly at the University of Pennsylvania--Roth retired from teaching as Distinguished Professor of Literature at New York's Hunter College in 1992. Until 1989, he was General Editor of the Penguin book series "Writers from the Other Europe," which he inaugurated in 1974 and which introduced the work of Bruno Schulz and Milan Kundera to an American audience. His lengthy interviews with foreign writers--among them Primo Levi, Ivan Klima, and Aharon Appelfeld--have appeared in the New York Review of Books, the London Review of Books, and the New York Times Book Review. Roth has been a member of the American Academy of Arts and Letters since 1970.