All the Light We Cannot See
by Anthony Doerr 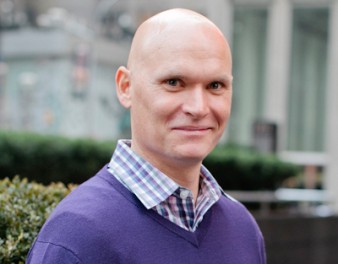 A poignant novel about a blind French girl and a German boy whose paths collide in occupied France as both try to survive the devastation of World War II. Marie Laure lives with her father in Paris within walking distance of the Museum of Natural History where he works as the master of the locks. When Marie is six, she goes blind, and her father builds her a model of their neighborhood with every house and every manhole.  She memorizes the model with her fingers so she can navigate the real streets with her feet and cane. When the Germans occupy Paris, she and her father flee to Saint-Malo on the Brittany coast to live with her agoraphobic great uncle. In another world in Germany, an orphan boy, Werner, grows up with his younger sister, Jutta. They are both enchanted by a crude radio that Werner finds. He becomes a master at building and fixing radios, a talent that wins him a place at an elite and brutal military academy. Ultimately, he becomes a highly specialized tracker of the Resistance. Werner travels through the heart of Hitler Youth to the far-flung outskirts of Russia, and finally into Saint-Malo, where his path converges with Marie-Laure.

Anthony Doerr is an American author of novels and short stories. He gained widespread recognition for his 2014 novel All the Light We Cannot See, which won the Pulitzer Prize for Fiction.

Raised in Cleveland, Ohio, Doerr graduated from nearby University School in 1991. He then majored in history at Bowdoin College in Brunswick, Maine, where he graduated in 1995 and earned an MFA from Bowling Green State University in Bowling Green, Ohio.

His first published book was a collection of short stories called The Shell Collector (2002), which won New York Public Library’s Young Lion’s Fiction Award in 2003. He wrote another book of short stories called Memory Wall (2010), which won the Ohioana Book Award and The Story Prize in 2011.  His first novel, About Grace, was released in 2004 and he wrote a memoir, Four Seasons in Rome, which was published in 2007. In 2010, he received a Guggenheim Fellowship.

Besides winning the Pulitzer Prize for Fiction, All the Light We Cannot See was a finalist for the National Book Award for Fiction and a New York Times bestseller.

Doerr also writes a column on science books for the Boston Globe and is a contributor to The Morning News, an online magazine. From 2007-2010, he was the writer-in-residence for the state of Idaho, where he lives with his wife and twin sons.