A Lesson Before Dying
by Ernest J. Gaines 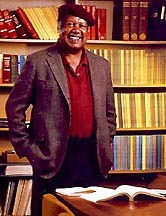 A Lesson Before Dying is about the ways in which people insist on declaring the value of their lives in a time and place in which those lives count for nothing. It is about the ways in which the imprisoned may find freedom even in the moment of their death. As such, Gaines’s novel transcends its minutely evoked circumstances to address the basic predicament of what it is to be a human being, a creature striving for dignity in a universe that often denies it.