A Fine Balance
by Rohinton Mistry 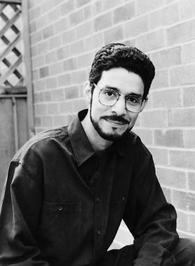 A Fine Balance is the story of four people who meet, live and work in a large, overcrowded city and desperately struggle to survive in the face of intense hardships. Most of A Fine Balance takes place in 1975, but the novel also offers a brief glimpse of the mid-1980s in the epilogue, and earlier parts of the twentieth century, as it explores the histories of modern India and of each major character.

The prologue presents all the main characters for the first time; afterwards each character is given more focused attention in the novel's sixteen chapters. Between the biographical chapters, Mistry intersperses chapters where the main characters are working and living together. Although the action jumps in time from 1975 to the past and back again, the novel is far from chaotic. The blending of characters and politics, past and present, is a fair representation of the many ethnicities, religions, cultures, politics and languages that make India one of the most diverse nations on earth.

In the prologue, the three male characters are on a train and heading to a crowded city by the sea. The first is eighteen-year-old Maneck Kohlah, son of a wealthy soft drink manufacturer, who is returning to college. When the train comes to a sudden stop, Maneck drops an armful of textbooks into the lap of Ishvar Darji who, along with his nephew Omprakash, is going to the city to work. The cause of the sudden stop, the discovery of a dead body on the tracks, is important, as that dead young man is an important part of the thread of tragedy which runs through the entire novel.

In their hometowns the three men would never have met, for they are members of two very different castes. In the anonymity of the train, however, they talk and soon discover that they are all going to the same city and the home of the very same woman, Dina Dalal, in whose apartment Maneck is to rent a room and where Ishvar and Omprakash hope to find tailoring work.

The first chapter presents the life history of Dina, and through her, examines the plight of women in Indian society. Dina is an intense personality and she worries about her future. She is in financial trouble because she is slowly going blind. Ever since her husband's early death, she has supported herself by sewing dresses for a clothing manufacturer in an illegal home business. As she loses her sight, she  has to hire others to do the sewing. Ishvar and Om have heard about her and want the work.

Even with the helpers, Dina's position is difficult. A strong woman, Dina finds herself stuck between two distasteful alternatives: either taking in a boarder (which is prohibited by her lease, and which would involve surrendering her privacy and autonomy), or moving in with her brother and his family. She opts for the first alternative only because Maneck is the son of an old school friend. Dina's older brother Nusswan is a hidebound male chauvinist; after their parents died, he withdrew the twelve-year-old Dina from school and put her to work as an unpaid maid and babysitter in his household. One of the few positives was that Dina learned to sew and was able to support herself.

The next chapter, "In a Village by a River," narrates the personal histories of Ishvar and his nephew Om. Here Mistry examines the system of castes, especially the plight of the chamaars, the "untouchables." By custom, chamaars are responsible for disposing of dead animals and use the hides to make shoes and leather goods. Because contact with dead animals makes one ritually unclean, these jobs are only open to the untouchables. As one might expect, the chamaars are subject to the harshest bigotry, even though the Indian government outlawed caste discrimination in 1955. In reality, Om and Ishvar experience inhumanity and cruelty every day. As children, Ishvar and his brother, Narayan, Om's father, had not been allowed to attend school, and they only learned to sew because of the kindness of a Muslim man who sheltered and taught them.

As an adult, Narayan was killed when he insisted on his right to mark his own ballot. The common practice had been for officials to fill in ballots for the chamaars at the voting place. When Om's father refused to hand over his blank ballot, he was tortured and killed (pp.143-45). Ishvar took Om in, taught him how to sew, and they began to make better lives for themselves. Ishvar refused to accept the disgusting jobs that the other members of society condemned chamaars to and became a tailor, despite the common fear that everything touched by a chamaar would become unclean. Years later, Ishvar and Om are thrown out of their village because of this fear of contamination. With this history of discrimination, violence, and hatred, it might be reasonable to believe that these characters would be bitter or cynical. Instead, Ishvar and Om hope that if they struggle and work hard, they will become successful, earn money, and find a good wife for Om.

They find that the streets of the city are not paved with gold, however. Although Dina hires them, Ishvar and Om cannot find decent housing. They live on the streets and then move into a shantytown built on waste ground near the city, until the shacks are razed in preparation  for the Prime Minister's visit. Then Dina finally agrees to let the tailors sleep on her porch.

The third biographical section, "The Mountains," examines Maneck Kohlah and his family. The Kohlahs had been wealthy landowners who were ruined when Pakistan and India separated. The Kohlahs' lands were in Pakistan and were confiscated. Without his land, Maneck's father works hard and even invents a soft drink, which makes the family wealthy again. But the old man is haunted by the past and the loss of his family's lands; he wants things back the way they used to be. For his part, Maneck is excited about the changes taking place in India -- especially the building of new roads and other infrastructure. He wants to plan and build a new India.

Meeting Om and Ishvar on the train, and finally moving into Dina's rental room are Maneck's only happy experiences in the city. The rest of his life is miserable and terrifying. For instance, the college he attends is a hotbed of illegal political activities. As such, it is a natural target for police brutality and repression. Unluckily, Maneck has returned to college during a state of emergency; the head of the government is trying desperately to hold onto power. In the novel as in history, student unrest results in police crackdowns, disappearances, and deaths. In fact, Maneck learns that his friend Avinash has been kidnapped, tortured, and killed by the police. Memories of his friend, as well as the later deaths of his sisters, ultimately drive Maneck to self-destruction.

Born in Bombay in 1952, Rohinton Mistry grew up in India and attended the University of Bombay, earning baccalaureate degrees in mathematics and economics. Like many college students then and since, Mistry felt pressured to study certain disciplines that were deemed more "practical," when what he personally wanted was to study literature and writing. "In those days in Bombay, it was engineering, medicine, law," Mistry explained in 1997. "I didn't want to do any of those things. Math and economics was a compromise." The use of the word "compromise" suggests the author's sharp awareness of the difficulty of staying true to oneself in the face of social pressures. Like several of his characters in A Fine Balance, Mistry felt intense cultural pressures, particularly those having to do with his career path and immigration. He certainly suggests as much in explaining why he left India for Canada in the mid-1970s. In several interviews, Mistry has detailed the decisions that led him to Toronto: "After finishing college in Bombay or elsewhere in India, one had to go abroad for higher studies. If possible, one had to find a job after finishing a Masters or a Ph.D. in the States or in England, find a job and settle in the country. That's how success is defined by Indians. So that is why I say that coming to Canada was in some ways decided for me."

Landing in Canada, Mistry became successful. For a few years, he worked as a bank clerk and was soon promoted to supervisor of customer service. He married and started a family, and took courses in English at several universities in Canada. In 1983, Mistry received baccalaureate degrees in English and philosophy from the University of Toronto.

While taking courses at the University of Toronto, Mistry decided to enter the university's Hart House Literary Contest. With his wife's encouragement, he skipped work for a few days and wrote the story that eventually won. In 1983, he won the contest a second time, leading to the publication of his short story "Auspicious Occasion," a writing grant, and a change of career.

Turning to writing fulltime, Mistry took eight years to publish a collection of short stories, Swimming Lessons, and Other Stories from Firozsha Baag (1987), and a finely-crafted novel, Such a Long Journey (1991). The latter work was a particular favorite of critics, who nominated it for the Booker Prize, Canada's Governor General Award, and the Commonwealth Writers' Best Book Prize. Four years later, Mistry's A Fine Balance won similar critical accolades, as it was shortlisted for the Booker prize and won the Commonwealth Writers' Best Book prize. Although it did not win the Booker prize -- one judge hated  its representation of India and Indian culture -- Mistry's novel earned enormous popular acclaim in 2001 when Oprah Winfrey selected it for her book club. Unlike his earlier novels, Mistry's Family Matters (2002) eschews the blend of political and personal life that characterizes Journey and Balance, instead examining the effect of aging and illness on an Indian family.