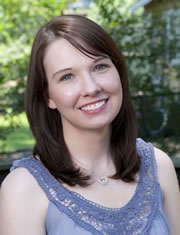 Lisa Dale writes stories for the head and heart. Her RITA-nominated third novel, Slow Dancing on Price's Pier (Berkley, 2011), was a Top Pick at both Barnes & Noble and BookPage Magazine. She has been a finalist in the Booksellers Best and Golden Leaf contests, and a winner of the Laurel Wreath Award. A former assistant editor of an award-winning literary journal and nominee for The Pushcart Prize, Lisa worked briefly at a Manhattan literary agency before earning her MFA in Creative Writing. Her work has appeared in many literary journals and magazines, including The Writer, Fourth Genre, Flyway, Southeast Review, and more. Her fourth novel, A Promise of Safekeeping, was published by Berkley in January 2012. Publisher’s Weekly called it "emotional...surprising…and spectacular." Lisa lives in New Jersey with her husband and pet hedgehog, Cleopatra.

On A Promise of Safekeeping:

"The author's ability to present various points of view gives the story depth and allows readers to relate to these well-rounded, honest characters. Though many will wish the story would continue, Dale does a spectacular job of bringing it all together in the end."
—Publishers Weekly

"Dale strongly communicates Adele's fears about the future and anger over the past through her relationships with vivid secondary characters such as the Loprestis' troubled teenage granddaughter, Kayleigh, as she puts the reader through a well-paced emotional wringer."
—Publishers Weekly