Acclaimed author whose works have been translated into multiple languages. 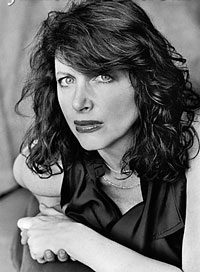 The eldest daughter of a traveling salesman, Jillian moved 17 times by age 17, ultimately ending up in Atlanta, where I Couldn’t Love You More is set. She has a BA from Barnard College/Columbia University and an MA from NYU, where she studied with such luminary writers as Mona Simpson, Jonathan Dee, Robert Coover, and Alice Walker. She also attended Master Classes with Toni Morrison, Joyce Carol Oates, and Grace Paley. A former fellow at the MacDowell Colony, Blue Mountain Center, VCCA and Fundación Valparaiso in Almeria, Spain, Jillian taught at NYU and the University of Georgia. She currently lives in Brooklyn, New York with her family where she is hard at work on a new novel.

Jillian Medoff is the acclaimed author of I Couldn’t Love You More, Hunger Point and Good Girls Gone Bad. A huge seller in the United States, Hunger Point was the basis for an original Lifetime TV movie starring Barbara Hershey and Christina Hendricks. Her novels have been translated into several different languages, including Spanish, French, Japanese (abridged), Polish, Turkish, Hebrew and German (forthcoming).

"At once heartbreaking and funny, a debut novel on death and renewal that is strong and honest… Despite the subject matter, an exuberant meditation on life, family, and the hard-won satisfactions of personal change."
—Kirkus Reviews

On I Couldn't Love You More:

"By turns hilarious and heart-wrenching, Medoff's honest writing and realistic dialogue make the book truly enjoyable, while a Sophie's Choice moment and its repercussions make it a real page-turner."
—Booklist

"Medoff's exploration of fidelity, family, and parenthood provides a complex look at the difficult role of a stepparent." —Publishers Weekly