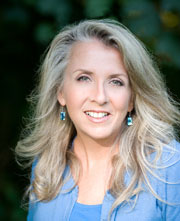 Ellen Meister is the author of five novels, including Dorothy Parker Drank Here (Putnam 2015), Farewell, Dorothy Parker (Putnam 2013), The Other Life (Putnam 2011) and The Smart One (HarperCollins 2008). Honors include being selected for the prestigious Indie Next List and receiving a TV series option from HBO. Her nonfiction has appeared in Publishers Weekly, Wall Street Journal blog, Huffington Post, Long Island Woman, Writer's Digest and more. Ellen teaches creative writing at Hofstra University Continuing Education, mentors emerging authors, and does public speaking about her books and about Dorothy Parker and the Algonquin Round Table. She also runs a popular Dorothy Parker page on Facebook.

"Meister's Dorothy Parker is just as sharp, witty and pleasantly mean as fans would expect. Her humanity shines through, though, along with her humor. Her obvious loneliness, along with the dilemmas Ted and Norah face, make this a surprisingly emotional novel. Not even death can keep Dorothy Parker down in this sad and funny story." —Kirkus Reviews

"Verdict: This sequel to Farewell, Dorothy Parker, is a quick, charming read that will delight Parker fans and stoke the curiosity of those unfamiliar with her great wit." —Library Journal

"In this funny yet tender homage to Dorothy Parker, Meister's fourth novel (after The Other Life) resurrects the iconic wit of the literary legend."
—Library Journal

"Meister skillfully translates the rapier-like wit of the Algonquin Round Table to modern-day New York. There are no shocking twists, but pathos, nuanced characters, plenty of rapid-fire one-liners, and a heart-rending denouement." —Publishers Weekly

On The Other Life:

"How many wonder what their life would be like if they chose a different path? This is the crux of Ellen Meister’s riveting novel, The Other Life. This inimitable tale is mesmerizing."
—New York Journal of Books