Author of Oh, God! and Kramer vs. Kramer. 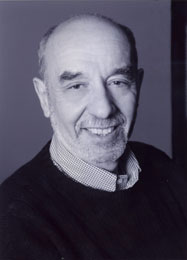 Avery Corman is the author of a new memoir of his growing up years in the Bronx of the 1940s and 1950s, My Old Neighborhood Remembered, to be published June 2014 by Barricade Books. The book has been called, “lyrical” by Ken Auletta, “poignant and evocative” by Walter Isaacson. He is also the author of the novels, Kramer vs. Kramer (the basis for the Academy Award-winning Best Picture), Oh, God! (the basis for the hit movie comedy starring George Burns), The Bust-Out King, The Old Neighborhood, 50, Prized Possessions, The Big Hype, A Perfect Divorce, The Boyfriend from Hell. He lives in Fort Lee, N.J.

On A Perfect Divorce:

"In 1977, Corman's Kramer vs. Kramer gave a voice to the bitterness of divorce; 27 years later, the author offers this reassessment of the matter...Corman writes with a warm and wise empathy that could strike a chord with many."
—Publishers Weekly

"The tension of Corman's 320-page novel is dissipated by the surprise ending, which may cause controversy. But, overall, this is a probing, well-dramatized treatment of a sensational crime that can no longer be papered over as a peccadillo."
—Kirkus Reviews

"Deft, witty and profoundly serious, this new novel by the author of Kramer Vs. Kramer is a confrontation by an ordinary man, Doug Gardner, a sportswriter, of his own principles and the demands of the marketplace...Sometimes Doug Gardner is a bit too good to be true, but he's a pleasure to have around, and it's a jaded reader indeed who won't be rooting for him all the way."
—Publishers Weekly

On The Old Neighborhood:

"Corman’s novel is a work of art. The characters overflow with vitality. The journey is joyous."
—Los Angeles Times

On My Old Neighborhood Remembered:

"Avery Corman has written a lyrical ode to another New York, a time when stickball and punchball and hanging out on stoops and drinking egg creams filled out afternoons, a city where people had an embracing sense of community. Reading this book is like gathering around a warm fire to hear tales spun by a master storyteller."
—Ken Auletta

"Avery Corman delighted us with his novel, The Old Neighborhood, and now he brings the Bronx alive again in a memoir. This is a poignant and evocative book filled with lessons for today. It will strike a chord in you wherever you may have grown up." —Walter Isaacson