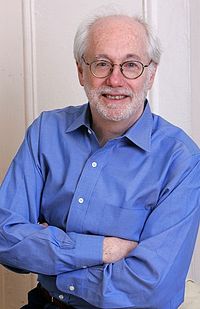 Chronicles the life of the iconic business titan from his modest upbringing in mid-1800s Scotland through his rise to one of the world's richest men, offering insight into his work as a peace advocate and his motivations for giving away most of his fortune.

David Nasaw is an American author, biographer and historian who specializes in the cultural and social history of early 20th Century America.

Robber baron? Capitalist butcher? Angel? Industrialist-philanthropist Andrew Carnegie has been many things to many people, and in this grand biography, he's all of them. Warren Buffett's recent decision to give most of his $30-billion-plus fortune to charity squares neatly with Carnegie's view that it is a mark of shame to die with money in the bank; in that matter, but not alone, Nasaw's overstuffed and very well-written biography is timely and instructive. A poor Scottish immigrant, Carnegie impressed a succession of employers with his skills, intelligence and diligence. He also had a Machiavellian bent, and by the time he was 30, he had built a financial empire based on insider contracts to supply the Pennsylvania Railroad with materials and build iron bridges for it. Carnegie's Protestant ethics became situational; he hired a substitute in the Civil War and guided money into his own pocket as a civilian advisor to the government. A shrewd investor, he survived economic panics and made out fine in booms, shielded by a strategy of using other people's money to expand his interests. The darkest side of Carnegie's character emerged when he and his partners reversed earlier policies of rewarding workers with high wages and benefits, allowing unions to operate freely. Leaving it to lieutenants to manage matters, Carnegie--whose personal fortune probably exceeded Bill Gates's today--spent more and more time in Europe as labor unrest mounted in the 1880s and '90s, exemplified by the bloody strike at his Homestead steel plant. Bowed, Carnegie devoted himself to philanthropy, endowing libraries and scientific institutions and pursuing anti-imperialist and pacifist causes, very unlike most of his fellow Republicans--from whom he pointedly split. A complex man of parts, then, not all of them good. Nasaw (The Chief: The Life of William Randolph Hearst, 2000) does brilliant work in bringing the man to life. Copyright ©Kirkus Reviews